Located in the archipelago of Jardines del Rey on popular Cayo Coco, this resort resembles a sugar cane plantation. The contemporary main building's lobby stretches to the boulevard that leads to the beach. 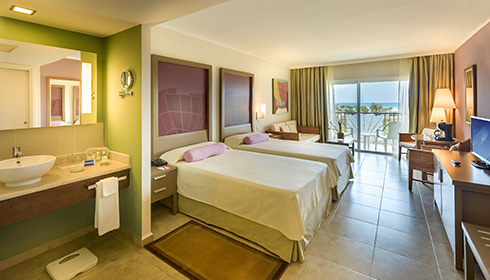 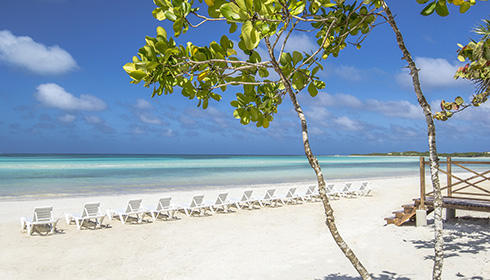 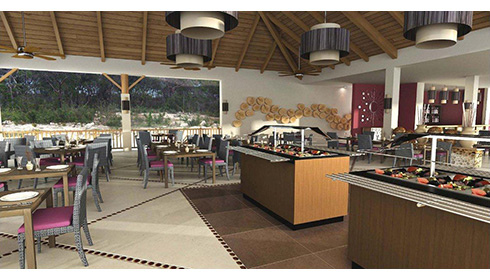 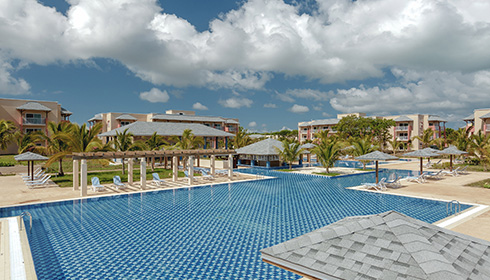 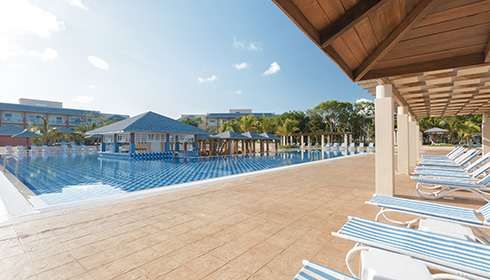 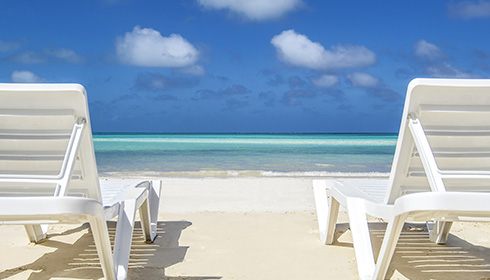 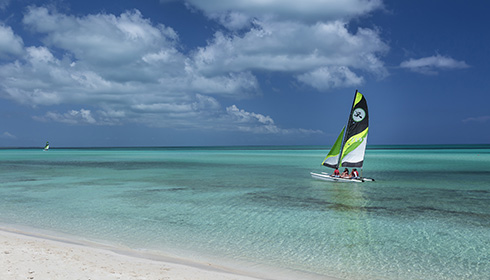 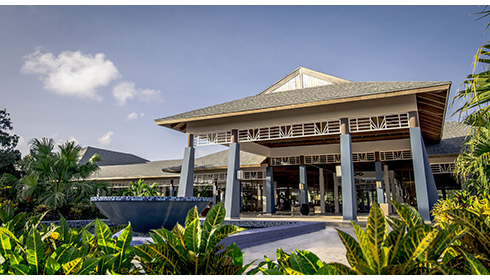 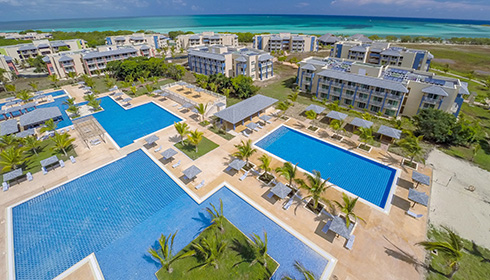 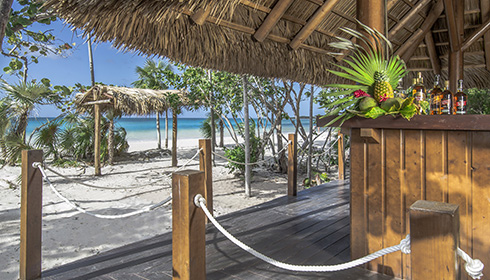 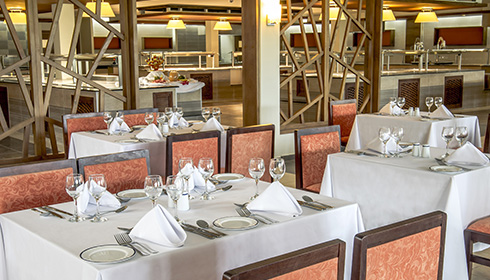 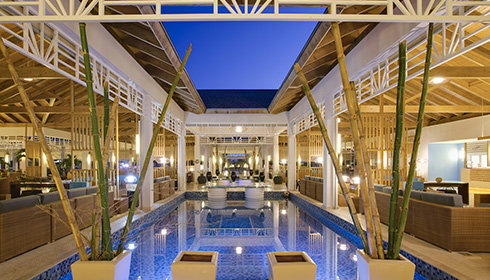 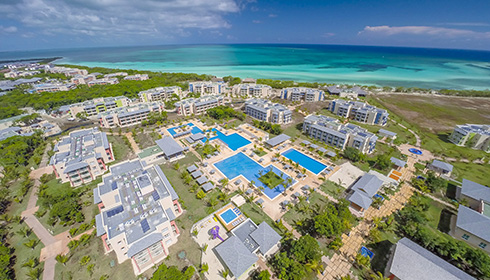 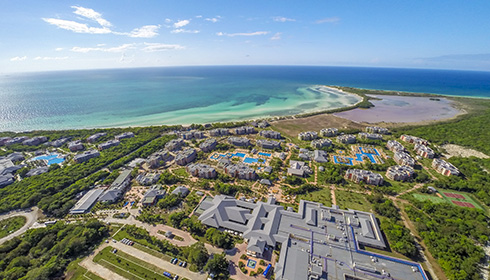 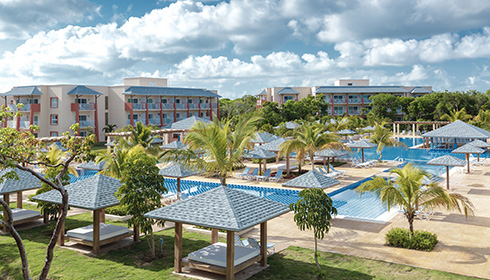 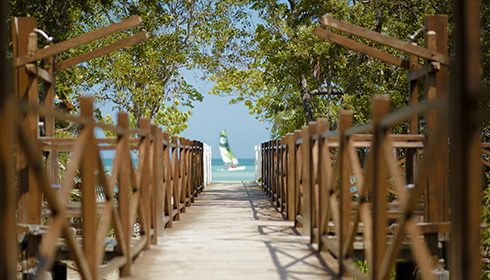 Walk to the beach 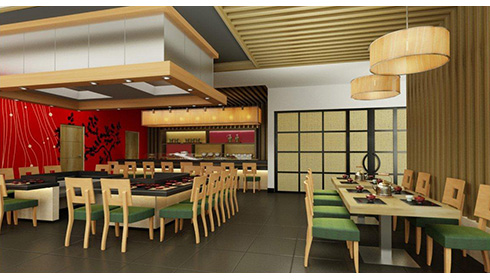 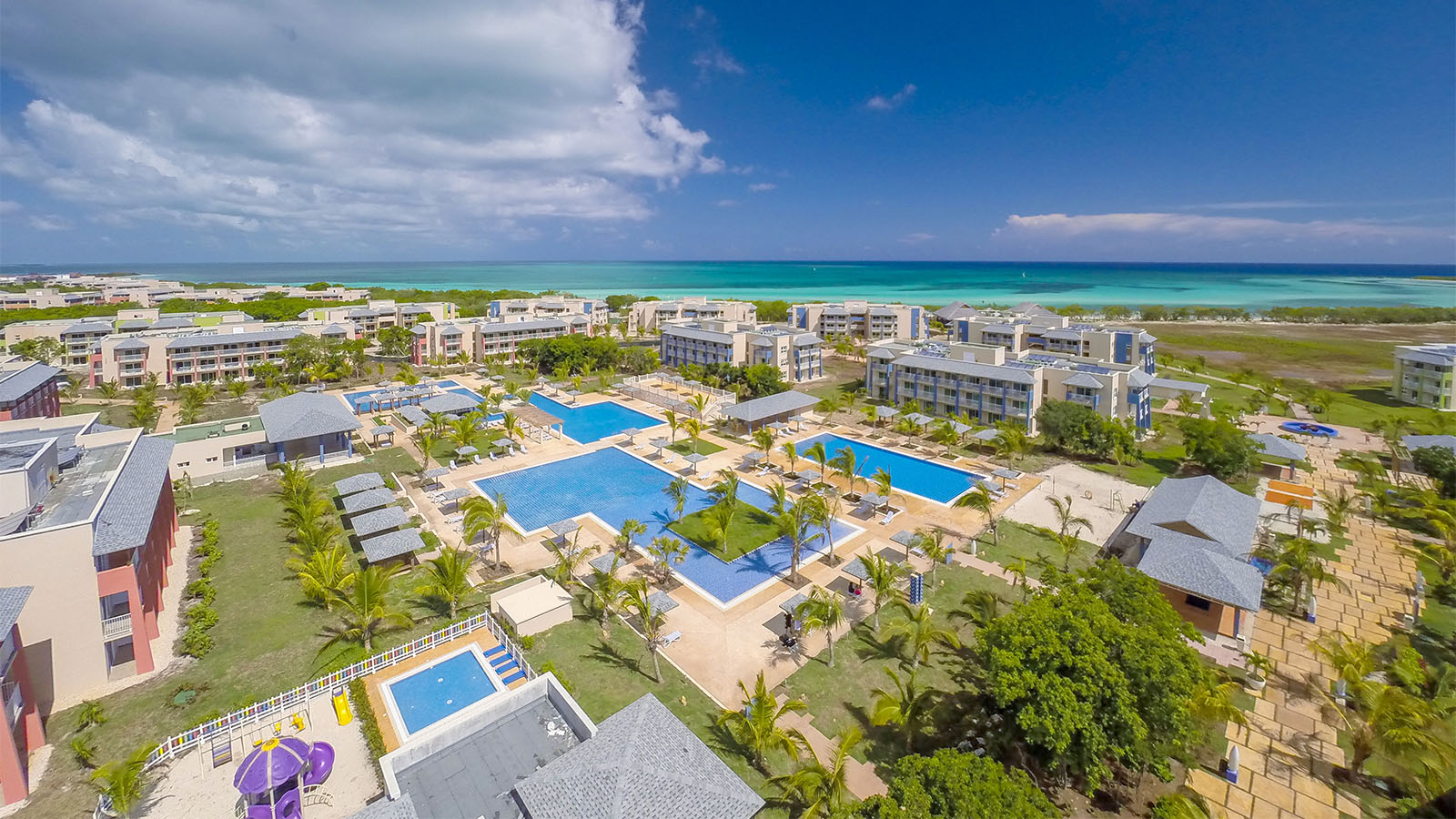 Stayed at the resort January 21st to 28th, 2023. Check in was fast and quick, only to discover upon arrival to our room it was 2 single beds and not a king that we had booked. So back to the front desk to get it resolved and it took over an hour to get things straightened out, which came with a lot of excuses from front desk manager. The building we finally got placed in was #26 which was close to the main lobby, buffet, pools etc. However it was also very noisy as the open air theatre was right across the way so got blasted with music until 11:00 PM every night of our stay. The performances that were done were also not great, and the sound did not need to be as loud as it was. You really couldn't sit and enjoy a show, and we only ever watched about 10 minutes of one before having enough. In speaking with others they also said the same thing. The rooms were adequate and clean however water pressure was an issue at times. The fridge contained 2 cans of beer and 1 large bottle of water, if you needed it replaced or wanted more you had to make sure to leave a note to have it done. The food services were a little less then expected, and the Ala Carte restaurants did not really offer up anything more then what you could have had at the buffet. The menus basically offered you a salad, soup and a chicken, fish or pork main. we went to 3 ala cartes and basically received chicken with the same sauce that was on the pork the night before. The fish dishes did vary, but do not go expecting to receive a genuine seafood dinner with lobster or shrimp at the ala carte restaurants. The only real difference was not having to stand in a buffet line. (I have attached some of the menus in photos). It was a gamble as to what was also available from day to day with the snack bar, ice cream shop, and buffet. The pizza that were served in the snack area by the pool were good but you had to line up 1/2 an hour at 12:30 before they opened if you hoped to get one. The most frustrating part was the ignorant and aggressive behavior of some people in respect to hoarding food and then wasting it. An example being a man taking an entire plate of bacon, another at supper the cold meats, and butting in lines in front of people. Service was lacking and if you wanted something you basically had to go hunt down what you wanted. There was rarely anyone in any of the lounges / bars coming and asking you if you wanted a beverage. You had to go stand in line at the bar and get it yourself. This was also the case on the beach. The beach overall could have used some work as there were quite a few broken chairs and you had to be early to get a good spot...that meant before 8;30-9 AM. The other scenario was where beach chairs sat with towels on them and were never occupied. There was also not much maintenance as far as the clean up of weeds, garbage etc. but the sand and beaches were still very enjoyable. I would however recommend water shoes as many people have mentioned. If you walked to the right about 200 yards there was less rocks getting into the water. Overall, we just went with the flow and did our time on the beach and relaxed. If you just want to do that it was adequate. If you are looking for a more organized resort with a great line up of activities and beverage selection, this is not the place for you. At this time I will not recommend Melia Jardines del Rey as even an average place to stay. I realize they only reopened in November, but they have a long way to go customer service wise. Be prepared to go find what you need rather then being served....but it saves on the tipping. Two Stars

I am very happy with the holidays that I spent in Melia, the service is very good, the rooms are very good, the food is delicious, the workers are very well treated, especially the attention of Claudia, the public relations girl, the animation is very nice . I plan to return again.