Whether your visit is for business or for pleasure, you'll never feel more at home at the Sheraton Vancouver Wall Centre. Stroll leisurely through the boutiques of Robson Street and Yaletown, or make connections at the nearby business and financial districts. Step outside our doors and into the celebrated sites of the city. Take a Sea Wall Walking Tour with family and friends and create memories at Stanley Park and the Vancouver Art Gallery, just around the block. A warm welcome awaits you at the Sheraton Vancouver Wall Centre.

The age range below will determine the quantity of children during booking.
Check-in time: 4 p.m. 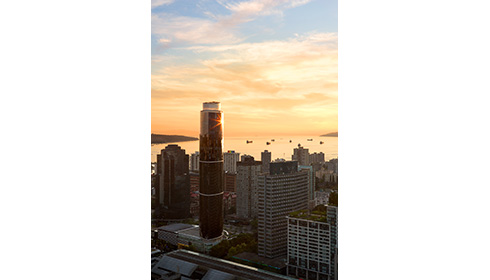 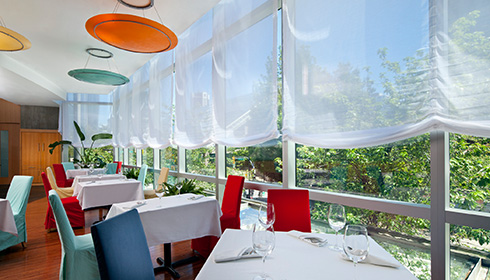 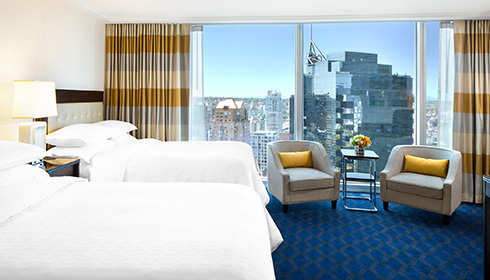 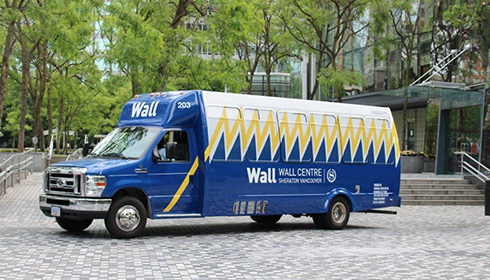 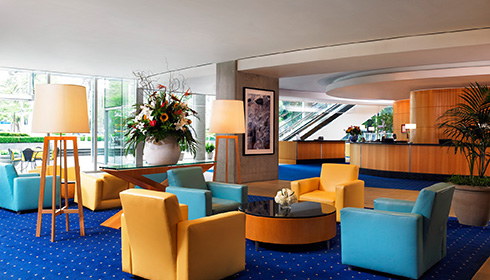 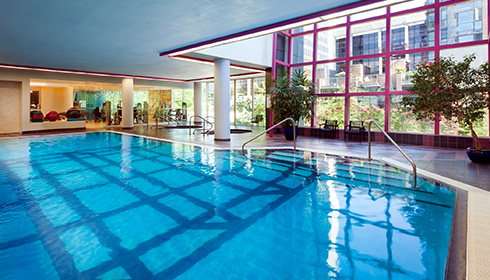 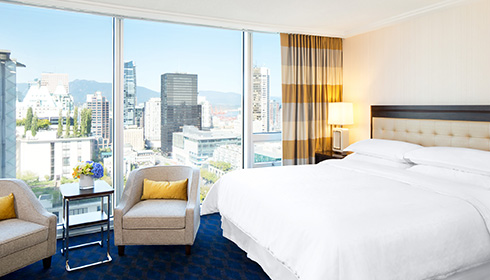 My stay was paid for by the company I work for. However, during check-in I was asked to provide a card for "incidentals". I confirmed with the receptionist several times, that the card wasn't for payment of the hotel, as that was being done by the company I work for, and multiple times I was re-assured that nothing would be charged to my card, that it was only for "incidentals". So I provided my card, got checked in and wend up to my room. When I got to my room, I opened my banking app, to see that the full payment for the room had been taken from my card. Since then I've been to reception a few times, and each different receptionist has completely contradicting answers to each other. So be careful, when dealing with them, as they are very deceptive.

We stayed here for 5 nights after travelling from Toronto where we also stayed for 5 nights. Check in was confusing to say the least as we were directed to another building as that was apparently where our room was. That building was definitely less modernised and very basic (even though the price we paid was certainly NOT basic and the same price as staying in the other/main block may I add!!). We had specified one king bed, in a king room, but was given 2 small queen beds which was hopeless. We asked for another room with the one bed and got told no. The beds were terribly uncomfortable and obviously meant we had to sleep apart for the 5 days we were there as the beds couldn’t be moved and they were so small to try and sleep us both in. The bathroom could have been cleaner and more modern. The shower curtain wasn’t the most appealing looking and could have just done with a good clean. Speaking of cleaning, we had to repeatedly ask for Housekeeping and we got Housekeeping only ONCE in our 5 day stay. Not acceptable! We booked a taxi for taking us to the airport to take us home, we went outside as we hadn’t heard anything, and low and behold, no taxi was ever booked. Not acceptable! Don’t waste your time going to the bar in the hotel either - it’s like a school canteen setting and totally unwelcoming. The bar man was incredibly rude to both myself and my partner and continued with his conversation over at a table with a guest for 15 minutes as we stood waiting at the bar to be served and he knew we were there waiting. I went over and said excuse me, sorry but can we get served please? And the look I got from his was terrible. He turned round and said “I’ll be with you shortly….” What?….another 15 minute wait?? Also, when it came to paying the bill, that was also like pulling teeth and when he eventually got us the bill, it was literally thrown at us. So so rude! Like Toronto, I was really shocked and saddened to see the sheer amount of homeless people around the hotel and the streets beside it. Far more than Toronto and very very intimidating. People coming up to you from behind whilst you are standing at lights asking for money and not moving, people lying on the pavements shouting up for money and getting angry if you don’t have any. I even had someone following me into the garage where I went to grab some juice and was relentlessly wanting me to buy him a huge chocolate milk and a big bottle of coke. There was also homeless people using the chairs and tables right at the door of the hotel to sleep on which were obviously meant to be for guests to take their drinks outside, but not once did anyone come out from the hotel and ask them to move on. Also the steps going for the side of the building used to have people lying on them too, so there was no way we could access those either. Sadly, it was all very unfriendly again like Toronto, no customer service and felt very unsafe walking about outside the hotel. Absolutely no way I would have walked anywhere on my own day or night and that’s really sad. IF we ever went back to Vancouver, which I would seriously doubt, we certainly wouldn’t stay here again nor recommend it to anyone else.