Hotel Iberostar Playa Alameda ensures a relaxing beach holiday amid tropical gardens and beaches that stretch as far as the eye can see and offers all the services of a luxury hotel. 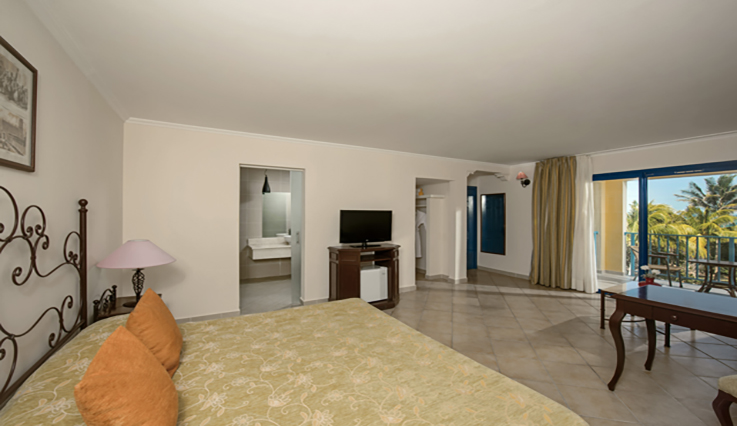 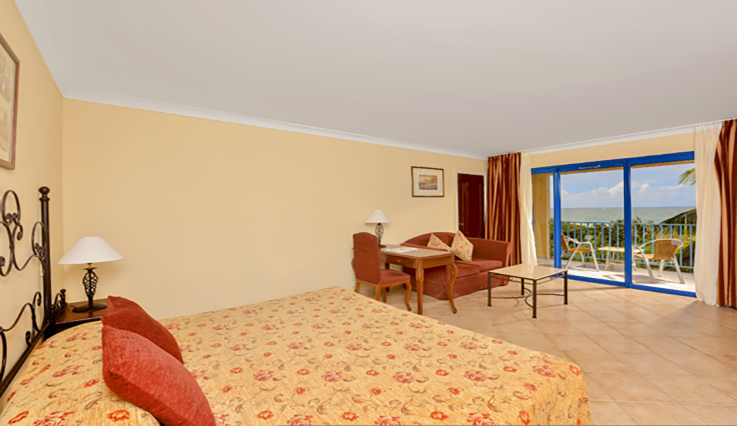 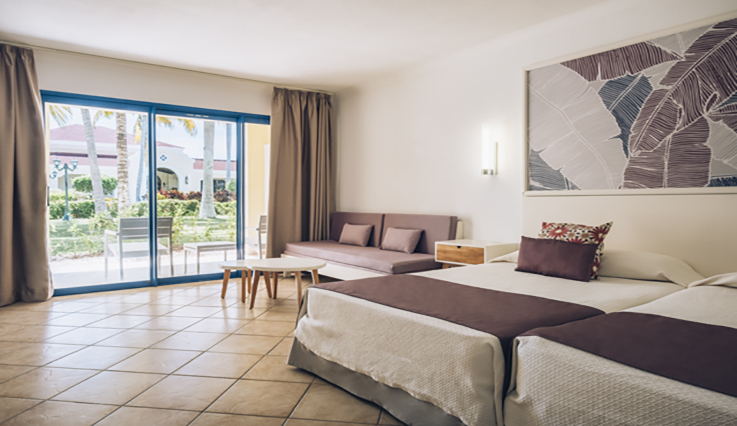 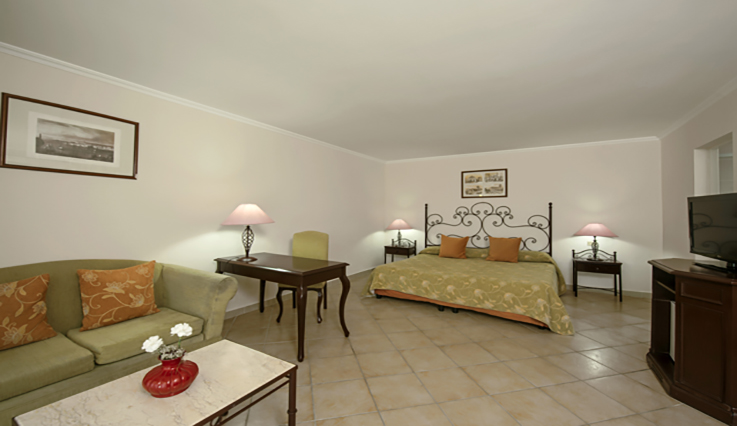 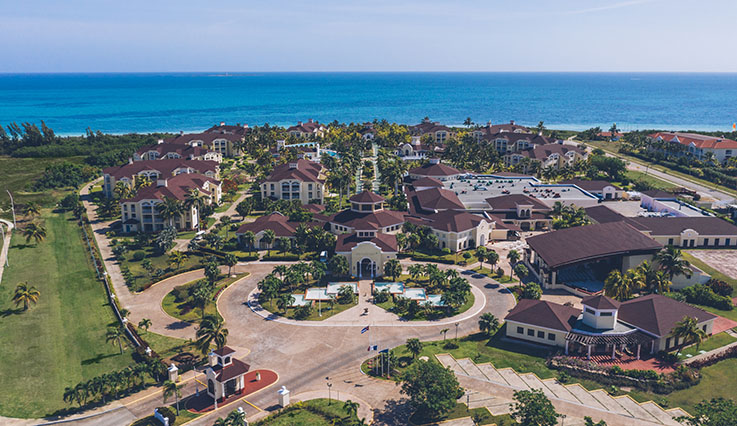 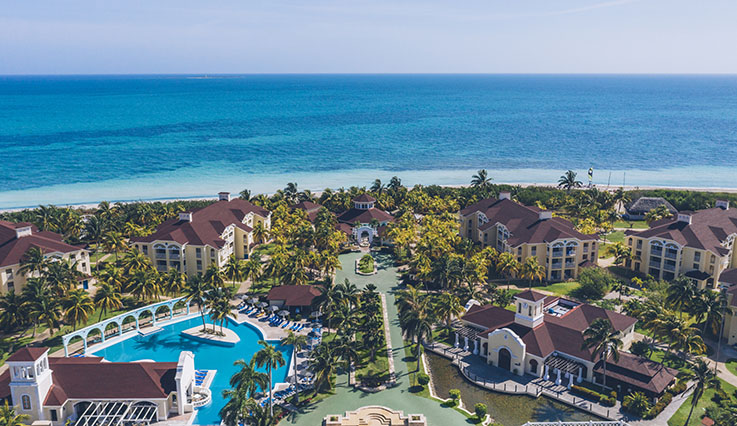 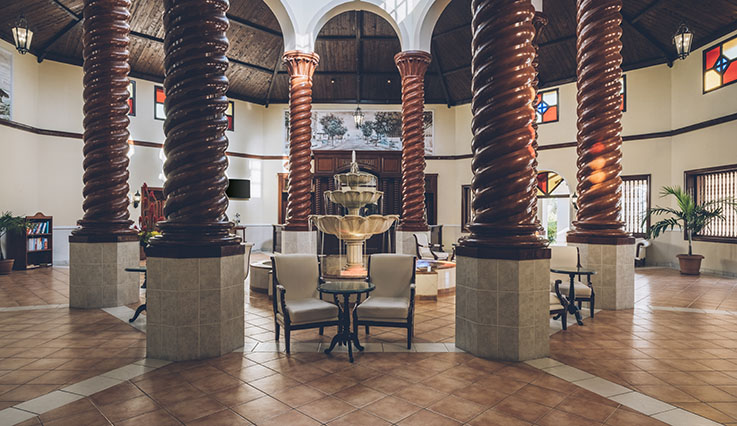 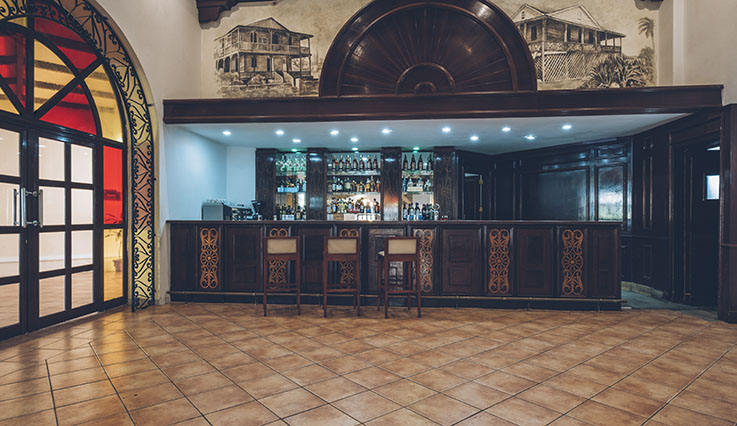 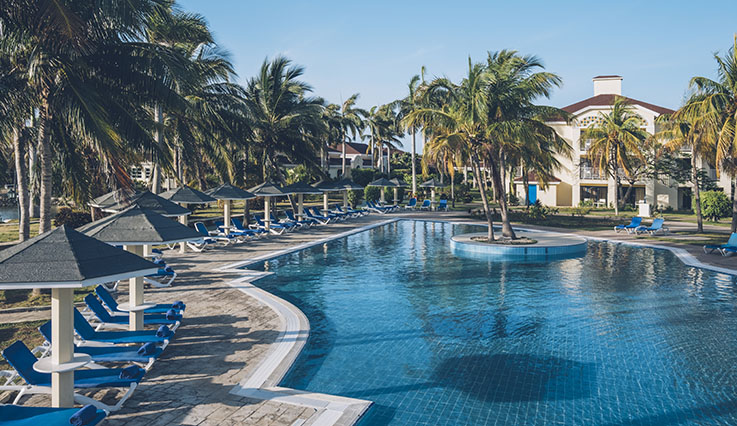 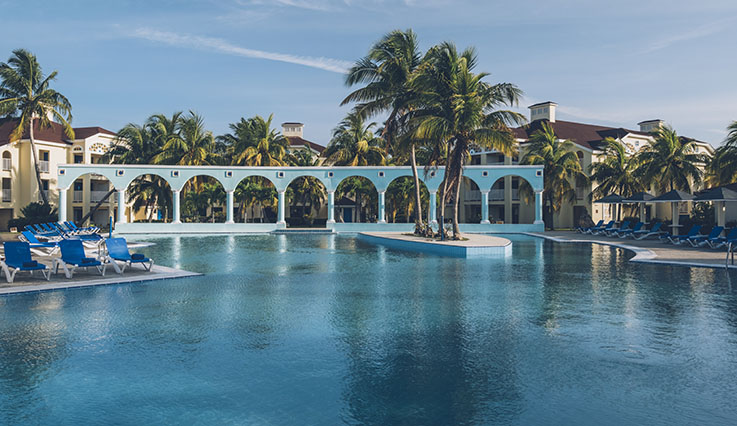 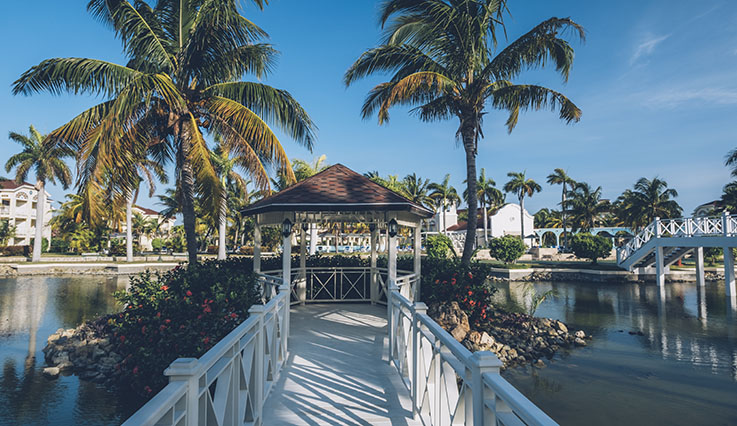 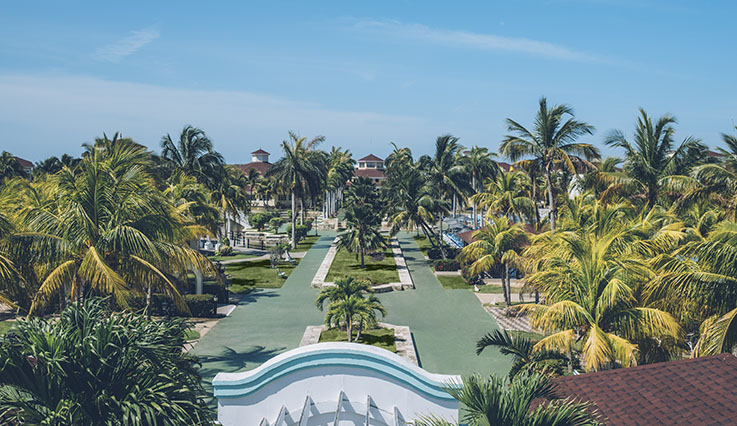 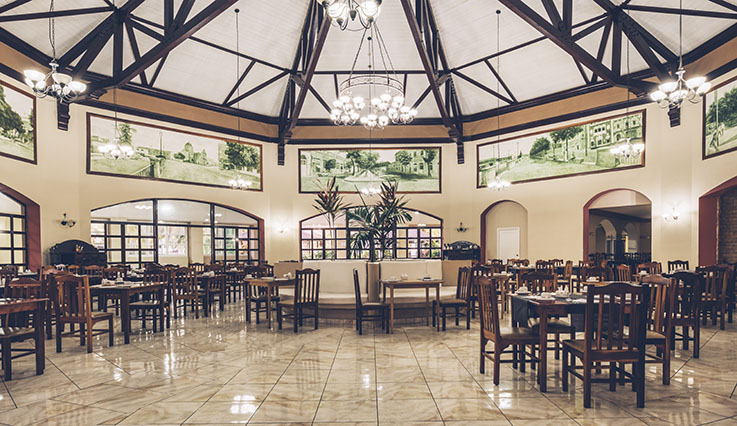 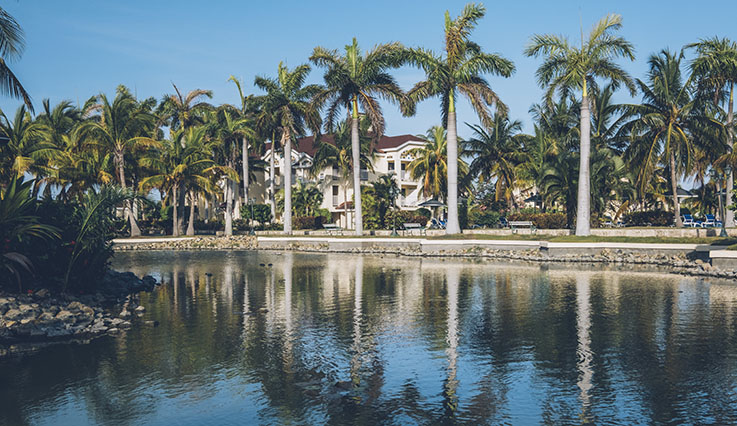 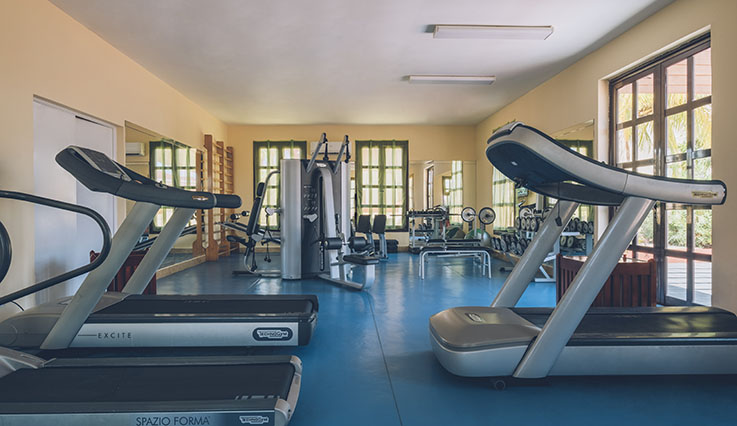 My wife and I spent 2 wonderful weeks in Playa Alameda at the beginning of November. The resort is compact and beautifully kept thanks to the gardeners like gentle giant Alberto, George and Raul among many others. We stayed in the building in Section 14 and the room was clean and relatively modern with everything working except for the sliding door to the patio which was hard to open. We had it cleaned and re-stocked every other day. The beach was well…like all beaches in cuba, just beautiful! There seem to have been enough loungers for everyone but I still ventured in the morning to reserve a cabana closer to the entrance and the beach bar. The ladies at the bar: Laura, Vivian and Anya were always smiling. Di and Unito from the animation team were great, leading stretching exercises in the morning on the beach, playing beach volleyball and teaching people all the dance moves both on the beach as well as at the pool. Unlike many other reviewers I found the food to be good considering the current situation in cuba. I love fish and enjoyed the different varieties served by Luis and many other chefs. Every second day or so there was beef, and when it ran out then chicken and pork were just delicious. I mostly ate meat prepared in front of me and even though we stayed for 2 weeks I was not tired of the variety. Did I mention the deserts, which were very tasty and the vanilla ice cream was simply delicious. We did not go to the a la carte restaurants and ate exclusively at the outside section of the main buffet where we were served by Zuly and Idi. Being originally from Poland I enjoyed being greeted by Zuly in Polish. She knows few Polish words to make meal interaction enjoyable. The only complaint I would have is that the music after dinner while people were sitting at the tables and enjoying the drinks was too loud. Basically could not talk. Overall I was VERY satisfied with the resort. We had so much fun, met wonderful people from all over the world and would definitely return to this resort for its staff and of course the beach!

I travelled for 4 days to Playa Alameda during the week of November 17th, 2022. I booked with Air Transit Solo collection as I was a solo traveller. The flight to Varadero out of Toronto was on time and the service was great. The transfer to the hotel was also great and quick. The check in process was a bit of a nightmare. I was originally given a room to which I attended and walked in on a couple that was staying in the room. They were quite shocked at the sudden intrusion as I was a tad embarrassed. I attended the front desk and it didn't seem to be much of a big deal. I was then provided with a new room. I attended the new room and was able to walk in without using the key card provided. The door did not lock. I surveyed the room and was taken aback to how dated it was. The beds were 2 feet off the floor and in terrible condition. They were not fit to sleep in. Further to this, I could pick up the safe provided and walk out of the room with it. I re-attended the front desk to voice my concerns, however again, it didn't seem like it was a big deal to them. I did attract the attention of the bell boy who assisted me in getting another room as well as escort me using the golf cart. When I attended the third room, again, the door lock did not work allowing me to walk right in. Even the bell boy was shocked and said that the room wasn't acceptable. He brought me back to the front desk and I was told that it is not possible that I had issues in three rooms. The bell boy immediately came to my defence advising that the room was not acceptable. I was given a fourth room, yes, one hour later and 4 rooms later, the bell boy brought me to another room. I walked in and the bell boy inspected the room. The safe again could be carried out, the bathroom sink did not work and there was no hot water. I couldn't go on looking for a suitable room so I just accepted this one in hopes that the items noted could be fixed. The bell boy did not want me to remain in the room, however I had enough. I changed and went for a drink. I desperately needed it at this point. I returned several hours later and the safe was now secure, however the other deficiencies were not fixed. The sink was repaired on day 3 and I had hot water on day 3 as well. I was only here for 4 days, so I had one day with hot water and a sink that worked. I was in a ground floor unit and though the AC worked well, the tile floors were always damp. Not sure if the upper floors had this issue. As for the rest of the resort, the grounds are very well maintained and well laid out. The beach is absolutely stunning. It has numerous pallapas as well as beach loungers. I never had an issue finding a lounger and I didn't have to reserve at 6 am like some others thought they had too. The beach is walkable and unobstructed for km's in each direction. The beach bar had great service. The pool is large and very clean. There is no swim up bar, however the snack bar is situated directly at the pools edge. Again, I had no issues finding a lounger at any time of the day. The service at the snack bar was excellent. The buffet restaurant was nothing to write home about. If you've ever been to Cuba, all the buffets are the same. So I will leave it at that. I attended one a la carte. The Italian. The food was decent, atmosphere was pleasant, and the service was excellent. Book as many a la cartes as you can for dinner instead of attending the buffet. The lobby bar has an interior air conditioned section as well as a large out door patio that can accomadate a large amount of people. The service is slow, due to the volume of people. The bartenders behind the bar were not friendly, especially the morning crew. Do not forget bug spray. I rate this resort 3 stars as it has an amazing beach and the service was excellent. I knocked off 2 stars because the rooms were not what I expected for a 4.5 star hotel, even at Cuba standards.