The peninsula of Samana is a unique destination in the Dominican Republic – one far different from the all-inclusive resort areas of Punta Cana and Puerto Plata. You’ll feel its authenticity as soon as you arrive. The slender peninsula on the northeastern tip of the country is favoured by independent travellers, European expatriates and locals seeking unspoiled golden sand beaches.

Numerous rivers and streams run down the Sierra de Samana mountain range. Tropical trees, dense green foliage and flowers grow in abundance. Many Dominicans say this is the prettiest area of their country and with good reason. Much of the land is wild and undeveloped, with tiny, colourful villages dotted along the rough roads and small fishing outposts by the coast.

The three main towns here are Santa Barbara de Samana, Sanchez and Las Terrenas. Each has its own distinct character, as genuine as the people who live there.

Las Terrenas is the busiest town with the most variety for accommodations, restaurants, nightlife and beaches. Santa Barbara de Samana, generally referred to as just Samana, is the provincial capital and a port town. It’s also the starting point for whale-watching tours and visits to Cayo Levantado and Los Haitises National Park.

Sanchez is the gateway to the peninsula, a former seaport, railway station and commercial centre. Its lack of attractive beaches has kept tourists and investors away and it’s currently sustained by agriculture and fishing. Tours to Los Haitises National Park often depart from Sanchez.

Accommodations on the peninsula range from small, independent hotels to a few all-inclusive resorts. Local life is unaffected and laid-back. You’ll feel as though time has slowed, allowing you to connect with nature, the land and the locals.

Samana is a fantastic destination for:

This resort, sheltered on the spectacular Samana Bay.

This resort is nestled amid lush gardens and on a beautiful white sand beach with calm crystal blue waters.

Exuding luxury, this jewel in the Bahia Collection is a stunning beachfront resort located on its own island.

This resort, sheltered on the spectacular Samana Bay.

This resort is nestled amid lush gardens and on a beautiful white sand beach with calm crystal blue waters.

Exuding luxury, this jewel in the Bahia Collection is a stunning beachfront resort located on its own island. 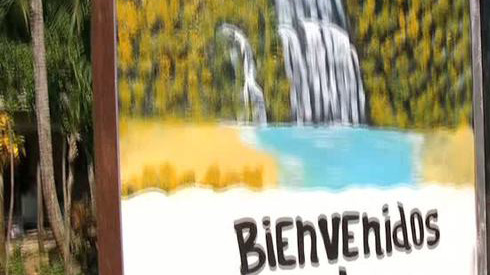 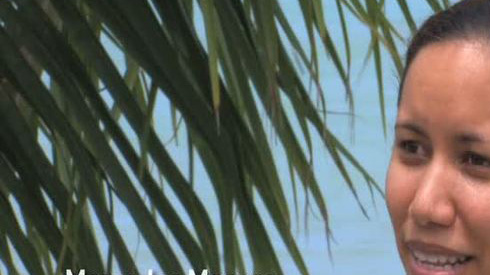 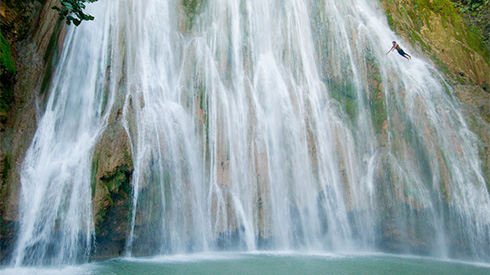 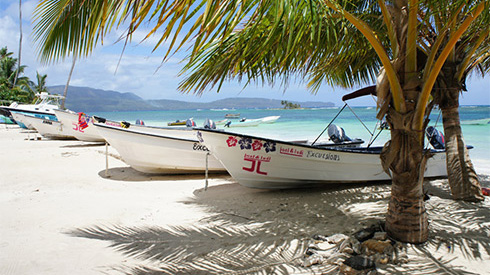 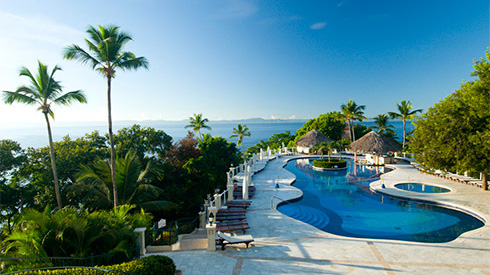 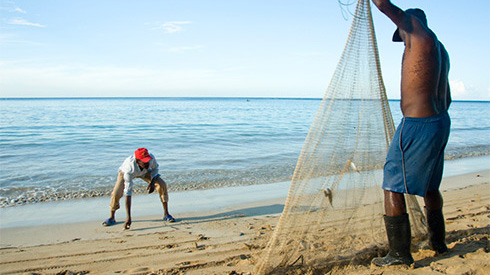 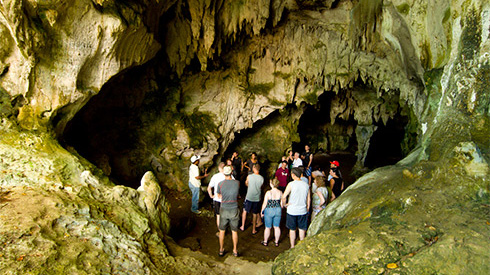 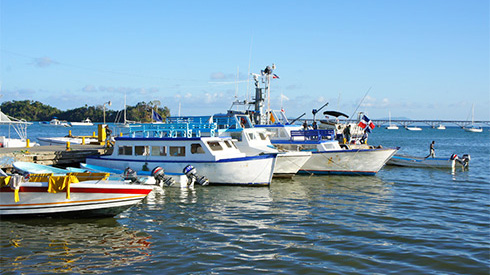 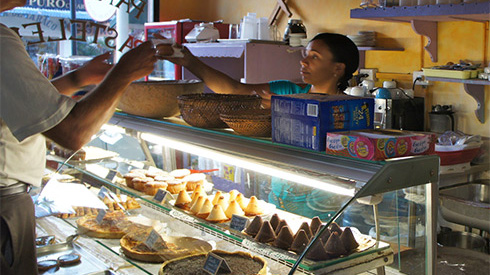 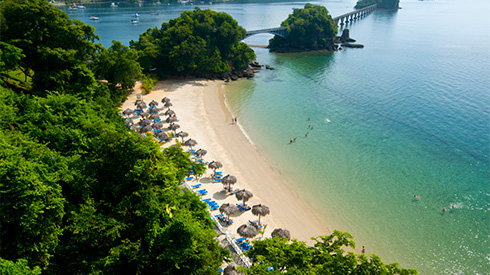 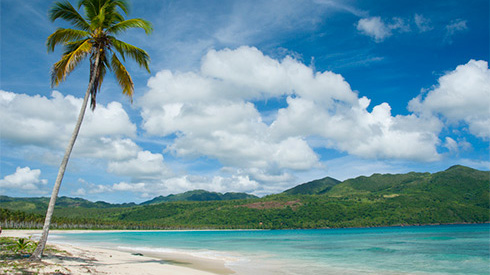 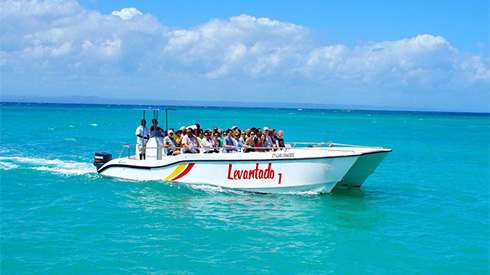 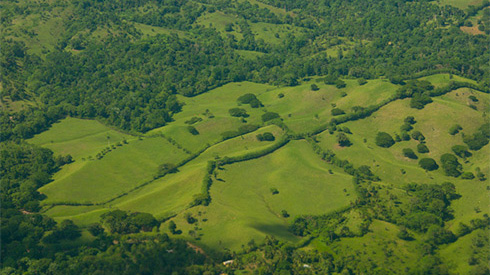 Samana is unspoiled with amazing beaches, waterfalls and views. Insider tips for the best beaches, activities, excursions and food in and around Samana.