Try our online self-serve tools and skip the wait.

The real risk is not understanding the facts around the MAX 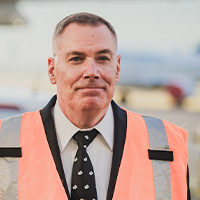 In reading Brian A. Barsky’s opinion piece: The Boeing 737 MAX remains a risky ride, published January 21, 2021 in the Globe and Mail, I would like to provide the facts in response to his opinions.

I would first like to pass along my sincere condolences to Mr. Barsky for the loss of a friend’s granddaughter in one of the two tragic accidents involving the MAX aircraft. As a pilot and an aviation professional for more than 30 years, these tragedies were difficult to witness. There is nothing that can undo these tragedies, but please know the 22 months of pause the industry took to evaluate, learn, update and recertify these aircraft will ensure it never happens again. The aviation industry is unique in that it takes any incident and commits as an industry to learn and improve upon the safety protocols, to ensure commercial aviation remains the safest known means of travel.

I have spent the past 22 months deeply involved in working with our federal regulator Transport Canada, our pilots, other airlines and other global governing bodies responsible for aircraft safety, to get to this point, where we are absolute in our confidence in bringing the aircraft back to our fleet.

Canada’s Minister of Transport is responsible for the safety of the travelling public. The statement towards our newly appointed Minister of Transport, the Honourable Omar Alghabra whom Mr. Barsky asserts, “… has put the safety of the flying public in jeopardy by returning the unsafe Boeing 737 MAX to Canadian Airspace,” dismisses the hard work, diligence, dedication, care and commitment to safety of a team of dedicated professionals. Responsible to the Minister of Transport are a team of hundreds of experts who comprise Transport Canada Civil Aviation’s (TCCA) groups of National Aircraft Certification (NAC), Commercial Flight Standards and National Operations, the team responsible for the direct safety oversight of Canada’s major airlines.

TCCA has placed a level of detail and critique on both Boeing and the Federal Aviation Administration (FAA) to ensure an in-depth independent review never before seen in the validation of an aircraft. After a 22-month review, TCCA mandated additional requirements from what is required by the FAA. WestJet supports and has implemented these requirements as we returned our first MAX to service.

But let’s talk about, as written by Mr. Barsky, the, “elephant-sized jet engine in the room.” I too have read the internet theories discussing the placement of the engines. As an airline pilot with more than twenty years operating and training on the Boeing 737 series from the venerable -200, the Next Generation (NG) models -600, -700 and -800 through to the MAX-8; let me assure you that the MAX is the most inherently stable aircraft I have ever flown.

In designing the MAX, Boeing made minor design variations to accommodate the increased fan diameter of the LEAP 1B engine including an 8” extension to the nose-gear and an engine placement slightly forward and more in line with the leading edge of the aircraft wing. In unique and rare circumstances, these changes do create a softening of the control column load at more extreme angles of attack through the small amount of lift garnered from the leading edge of the engine cowling. This softening to the pilots’ feel in the control column is only important from an aircraft certification perspective, in that it feels different for the pilot from the baseline 737NG -800 model that served as the basis for certification. This is the fundamental reason why the maneuvering characteristics augmentation system (MCAS) was developed. This control column load is part of the stall identification parameters and is why the certification requirement is there. It should also be noted the engine is the same engine that powers the new Airbus A320NEO – the Leap 1 (-1A for Airbus or -1B for Boeing).

MCAS now has two independent sources of angle of attack data; those same sources are compared and monitored continually, and MCAS disables should it see any differences in the data. Most importantly, the pilot can never be overridden by the software and retains absolute flight control authority at all times.

The changes to the software solve for the known faults identified as part of the cause in both accidents. The world regulators then went further and solved for any foreseeable faults, and then once more for faults at the improbable level. The system was improved to absolutely assure the safety of the aircraft. No other aircraft has received a similar level of due diligence comparable to what the MAX has rightly been subjected to.

The B737NG, which serves as the basis of design for the MAX, is one of the safest narrow body aircraft to have ever flown, and the simplicity and redundancy of many of its systems demonstrate why the continued evolution of this airframe was a logical and safe path by the manufacturer.

You will not find anyone in our industry who will dispute the fact that the initial lack of disclosure by Boeing around MCAS at the operator level was inexcusable, or that the relationship between the FAA and Boeing needed to rightly undergo scrutiny and be improved upon. What continues to be missed however, is the work that has been undertaken to further improve the certification process and strengthen its independence. Additional layers have been developed by validating states to ensure a robust review by the world’s regulators, further assuring a level of safety greater than what we had – and one that will ensure commercial aviation not only remains the safest form of travel but is relentless in improving upon that record.

As WestJet safely returns our MAX aircraft to the fleet, we know for some travellers it will take time for that comfort or reassurance to return. For those of us closest to the aircraft, we would not step aboard, let alone put our employees or guests on it if we did not have the absolute confidence in the aircraft and the training and the processes that have delivered these improvements. As an industry, we welcome feedback and encourage criticism with a focus on continuous improvement. Criticism based on lack of fact or balance serves no purpose. Safety, and the relentless quest to improve upon it should always be rooted in fact.

WestJet service update: Southern Ontario and Quebec Winter Storm (December 23-24)
WestJet has proactively cancelled flights to and from Toronto, London, Ottawa, Waterloo and Quebec beginning at 9:00 a.m. EST on Friday, Dec. 23 until end of day, with a restart dependent on weather conditions by Saturday, Dec. 24