Hotel Santa Fe Loreto is located just a few minutes walking distance from downtown, where you will find historic buildings like Mission of Loreto, the museum, and many more. It's also within 10 minutes from the International Airport and five minutes from a heavenly break in the Sea of Cortéz. Find the best places for scuba diving, kayaking, fishing and all kind of outdoor activities. This resort is ideal for couples, families and groups. 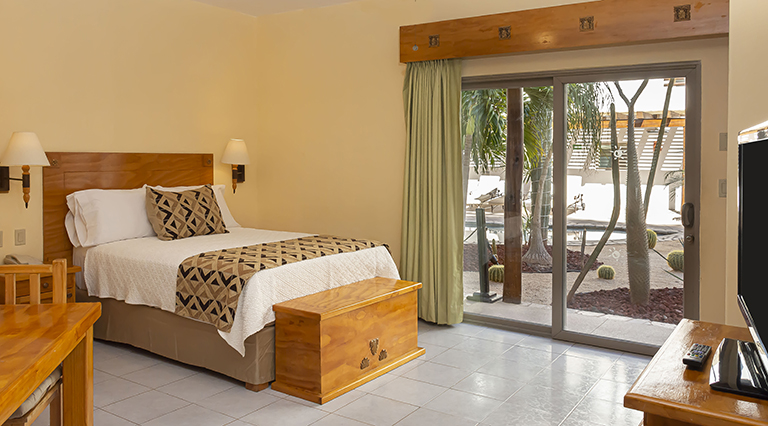 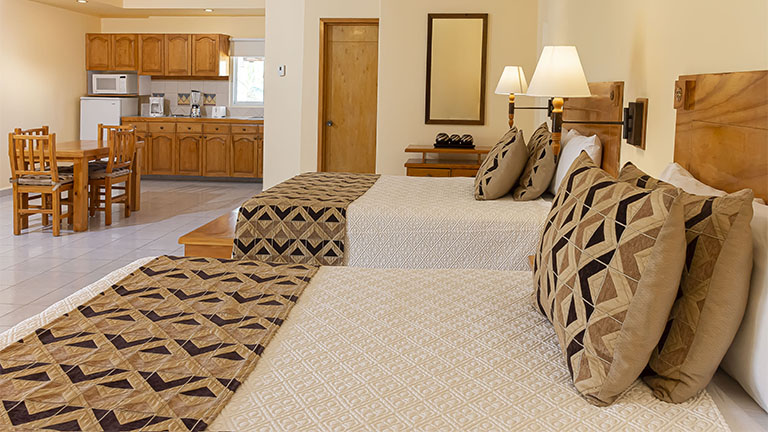 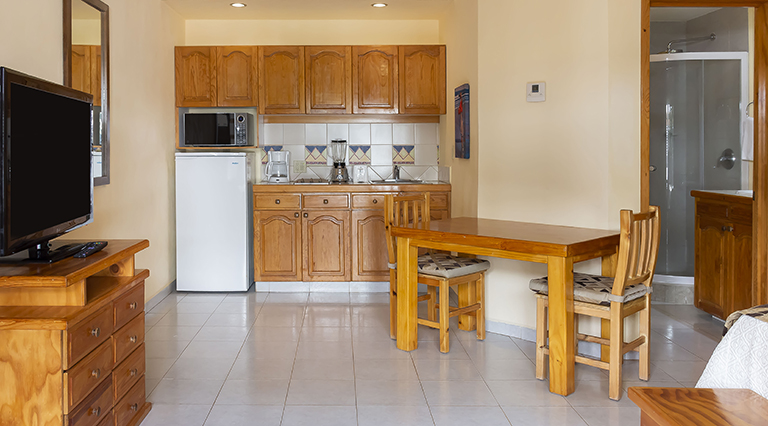 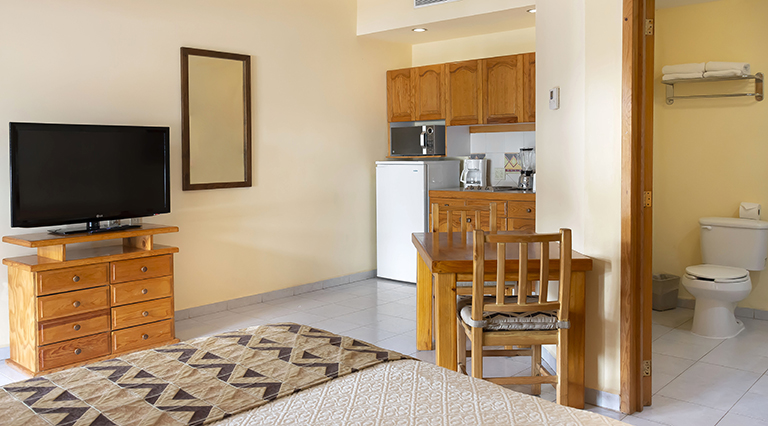 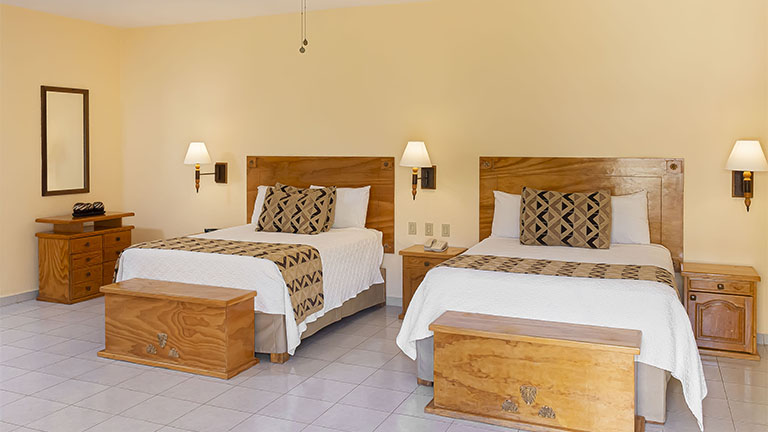 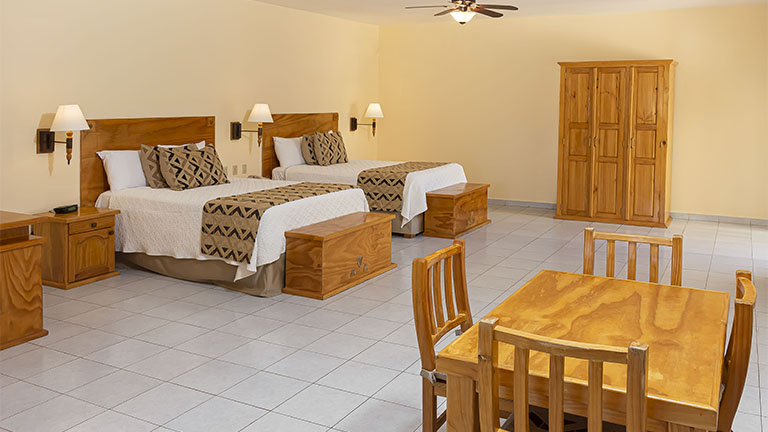 The age range below will determine the quantity of children during booking.
Check-in time: 3 p.m. 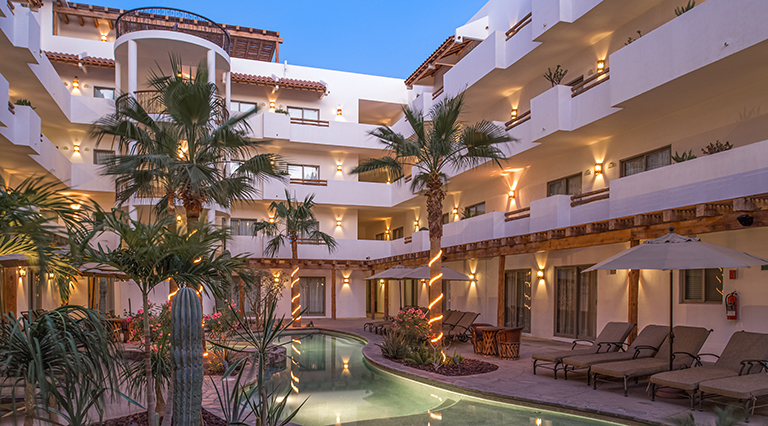 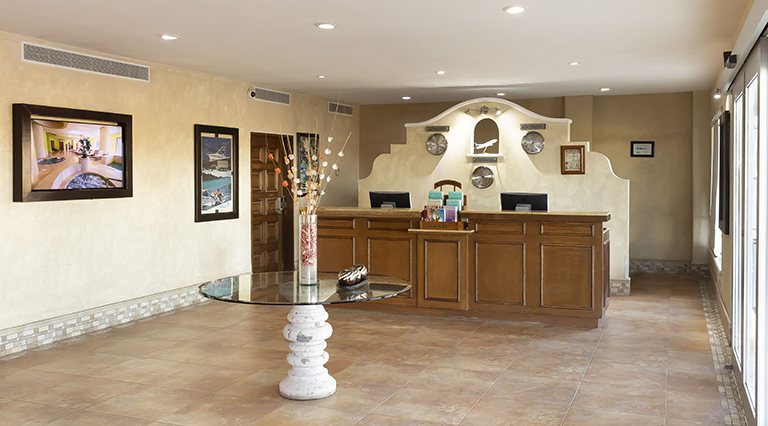 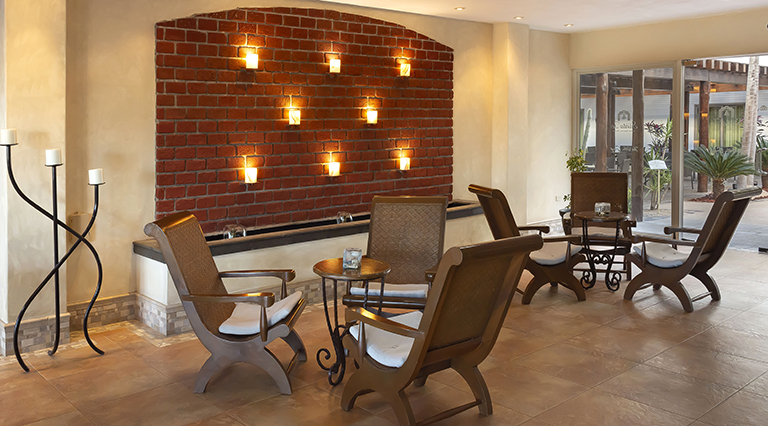 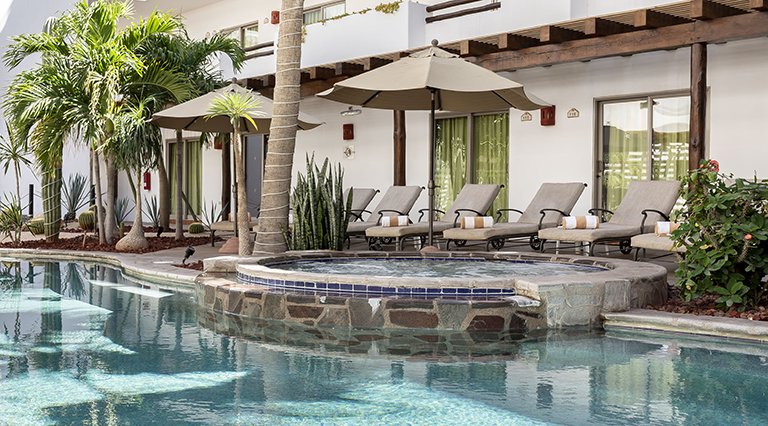 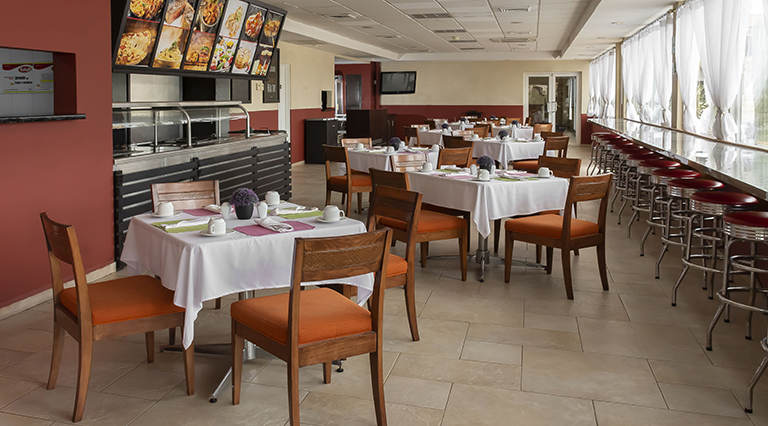 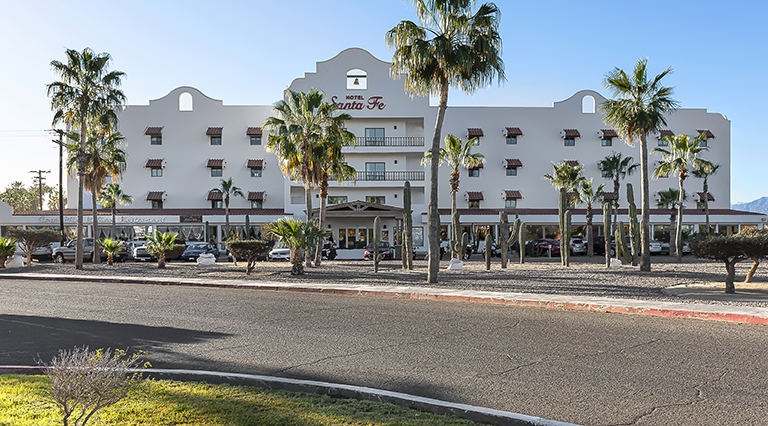 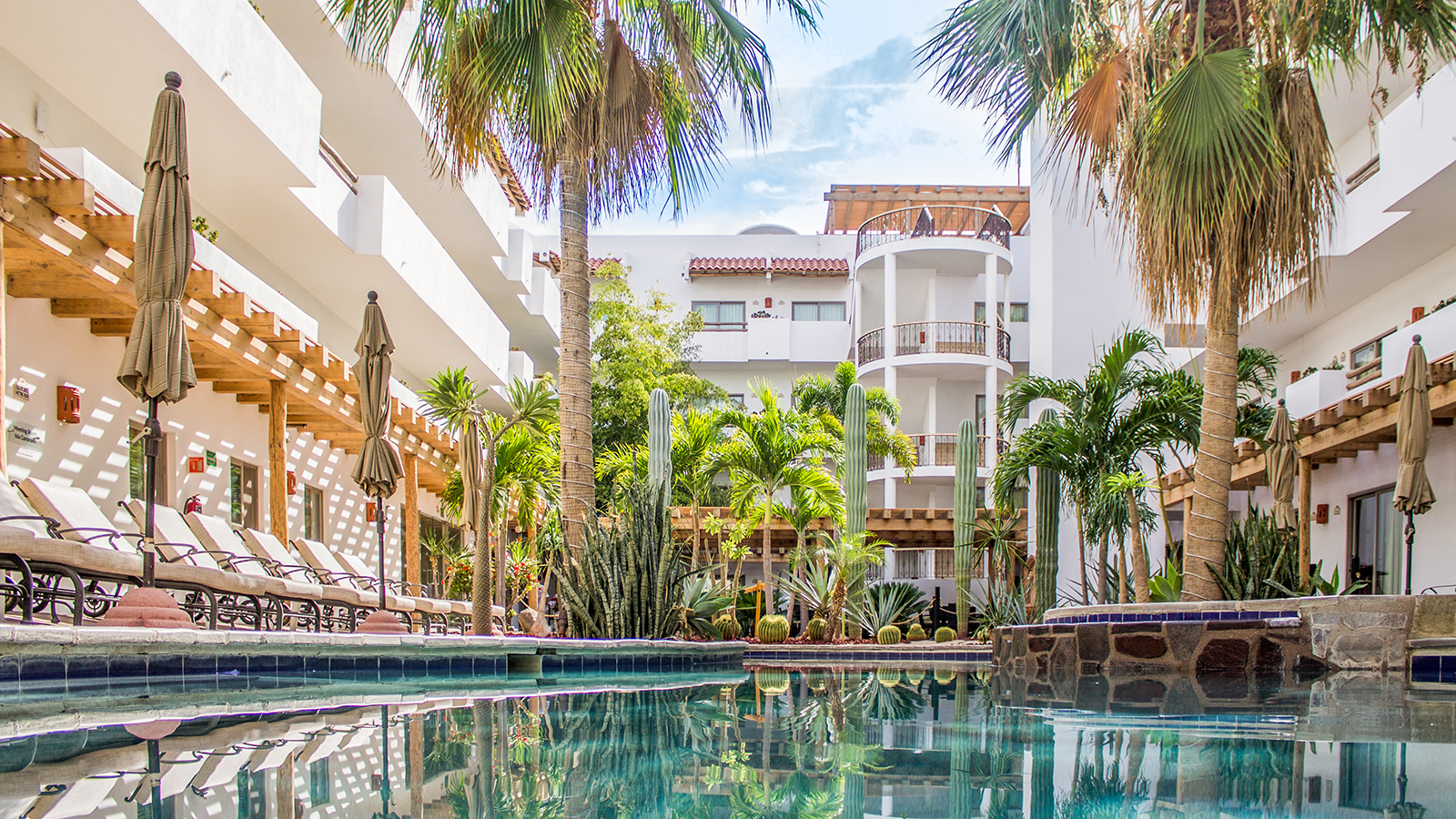 watch out for bully concierge

Watch out for the "concierge" at the Hotel Sante Fe! My daughter arrived alone at the airport and was unsure of transportation to Hotel Sante Fe in Loreto. She (we) were led to believe that there were shuttles if you had 4 or more. It was a slow time I guess since there were only taxis. The "concierge" Alex cornered my daughter and told her that she had to pay $24 to get to town, which was only a couple of miles away, or she could attend a time share presentation. She agreed to attend, not knowing the repercussions. Since Alex was a fixture at the hotel, he harassed my daughter daily. She told him she didn't want to attend a time share meeting but would pay what she thought was fair for a ride to town, $15 dollars. He said it was out of his hands at this point and we thought that this ordeal was over. When she arrived at the airport for departure she was met by not only Alex but the National Guard and they escorted her to the ATM and told her to withdraw the $24. This is just so unacceptable and I hope people can see through this bullying and to see what a greedy clown he really is.

Good but not great

Just returned from a one week stay at this hotel. When booking, my preference was for a kitchenette, heated pool and walkable location. This technically had all, but not all really hit the mark. To start, I really want to shout out to the housekeeping team. They worked so hard, and even the hotel was a bit dated, it was SPOTLESS and they did such an amazing job. So really, huge props to them! For the room, I booked a studio with a kitchenette and included a bed, small table, TV, bathroom. The kitchen was slated as having a "fully equipped kitchenette". There were 2 burners, a blender, a microwave, a fridge/freezer and a small sink. There were 2 glasses and 1 plastic cup and 1 plastic jug. You could not have glass around the pool, so why only 1 plastic cup? Anyways, there were some pots and pans, but there was nothing else to actually cook with. I called trying to find a measuring cup (there is a restaurant attached to the hotel), but they wouldn't give one. There was no oil, salt, pepper, creamer, sugar. If you actually wanted to cook here, you'd need to spend $50 just stocking up basics. The fridge and freezer were great, I bought jugs of water to keep in the fridge and made my own ice cubes. Microwave was great for reheating leftovers. So the kitchen part of the room was overall pretty disappointing. The bed was honestly pretty terrible. Besides being tiny, it was very worn out and uncomfortable. The TV was fine, mostly spanish channels, a few english ones, but worked well. The AC also worked amazing, it was a bit chilly when we were there but I'd imagine it would be great in the summer too. The room is very dark though, because the only window is a sliding patio door that you enter through. So the only natural light in the room is from the front door, if you want any light you need to pull the curtains back exposing your entire room, there aren't even sheers. There is not a secondary/internal lock, which was a bit concerning from a safety perspective. The pool was nice, with a few loungers and umbrellas available. While I was there the pool area got very minimal sun - disappointing for me, but probably nice in the summer to stay cool. The heated pool was a lovely temperature, and the hot tub/jacuzzi (when working) was really nice. It was not working for two days and was colder than the pool for those days. The pool loungers were plush and comfortable, though if the hotel was busier there may not have been enough. The location was very close to the airport, which was a plus, but the taxi system in the area is a bit odd. It is 5km from the airport but they charge 300 peso - 60 peso per km, a bit excessive. The hotel was also not super close to the beaches or malecon, though Loreto is not a huge town so it wasn't impossible. Plenty of delicious food in the area, though I did not eat at the hotel. There is a convenience store attached to the hotel/restaurant, and while most of the items were priced OK, the ATM was outrageous and charged us a "fee" of $12 CAD just to use! If we weren't rushed heading back to the airport and needed cash for the taxi (they do not take any sort of card, cash only), I would have gone to Leys. What a complete rip off. My last comments are regarding the front desk - they did not seem very interested in any sort of service to the english speakers. They did not tell us how to use the door locks (they are a bit funky), they did not tell us about the pool towels, they did not tell us about our discount at the restaurant. Overall there was nothing really wrong with the hotel, but there was nothing really great about it either (besides housekeeping!). If I were to return to Loreto again I would stay somewhere more central, closer to the beaches/malecon and someplace with a more secure lock and equipped kitchen.