Located in the heart of the Coachella Valley, the Homewood Suites by Hilton Cathedral City is surrounded by golf, shopping and dining.  This property offers distinguished amenities and services to compliment all your traveling needs and is a top choice for extended-stay guests.  Retreat to your suite offering fully equipped kitchens with full sized refrigerator, microwave, stovetop and dishwasher.  Step outside to the picturesque Palm Springs oasis featuring our resort style pool and fire pit.  As the sun sets over the mountains, relax at our complimentary Evening Social which is available Monday through Wednesday. 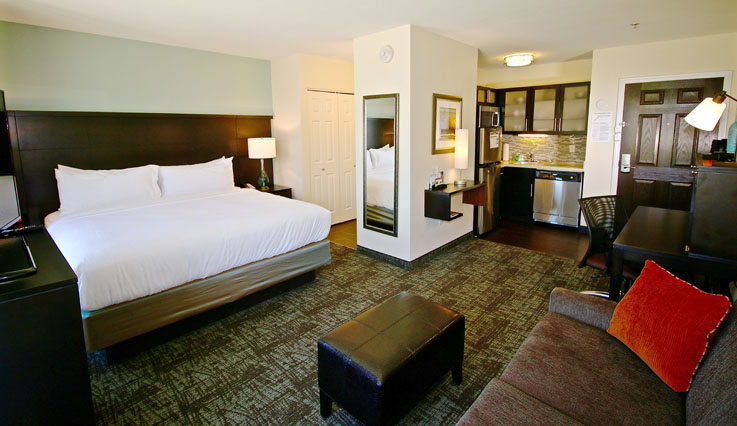 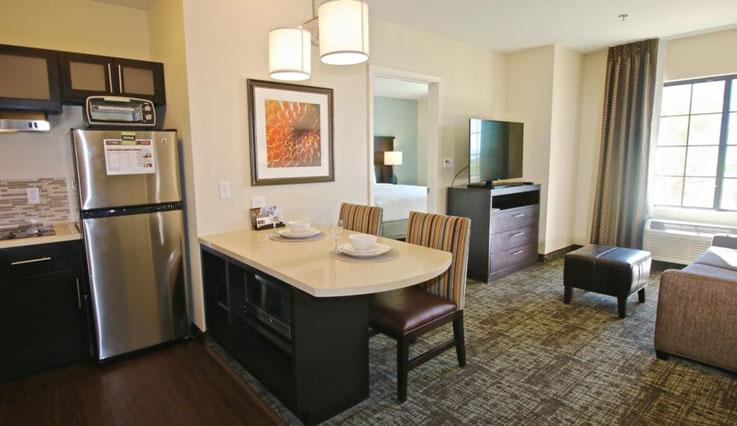 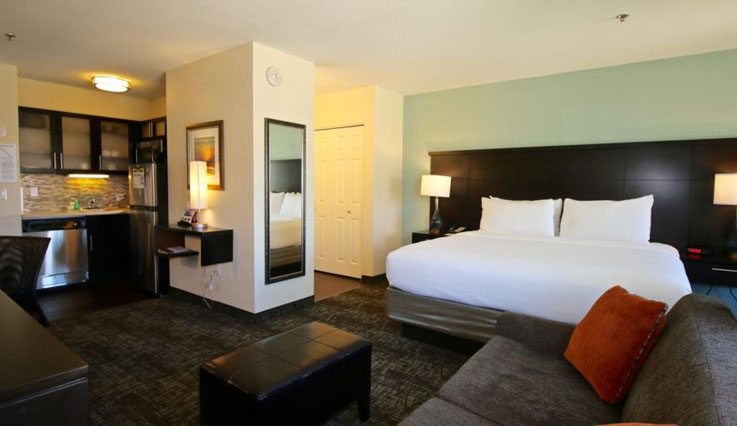 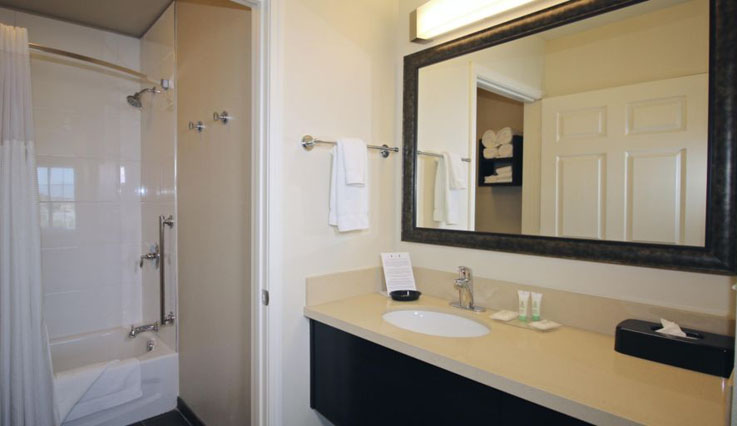 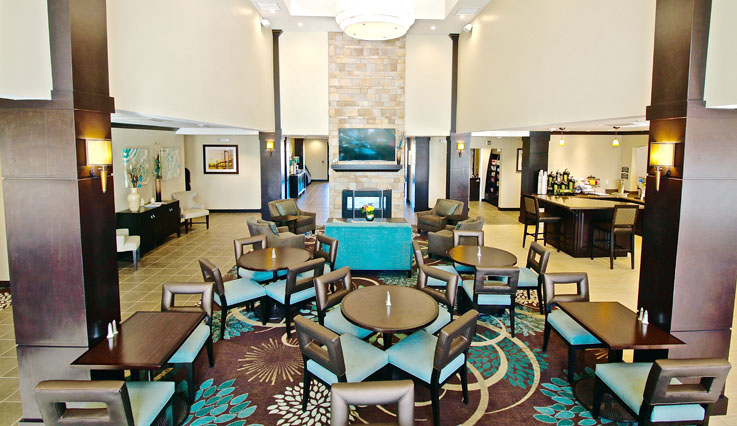 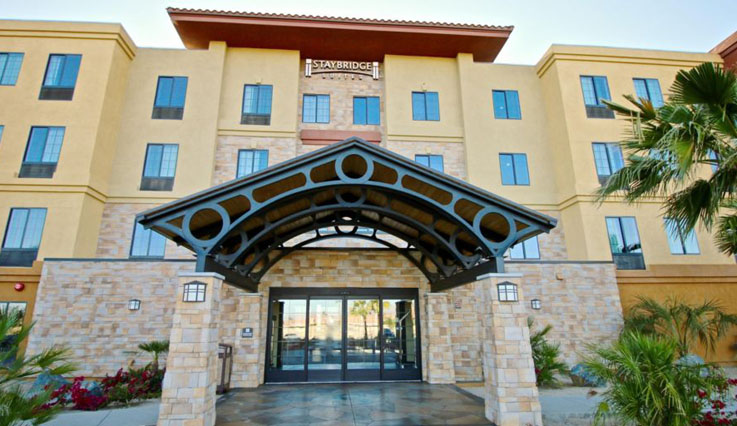 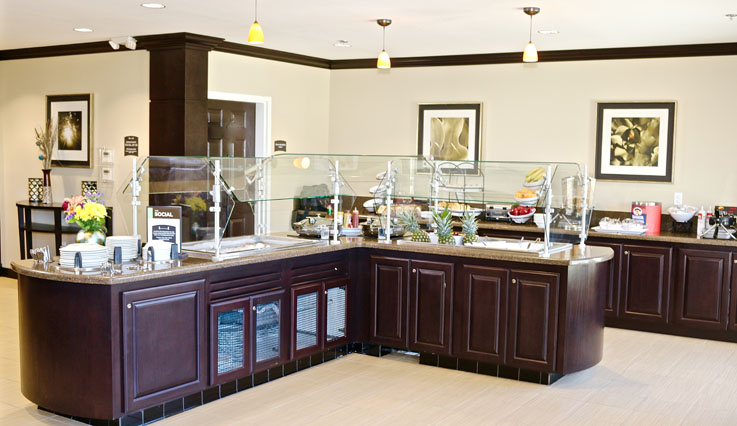 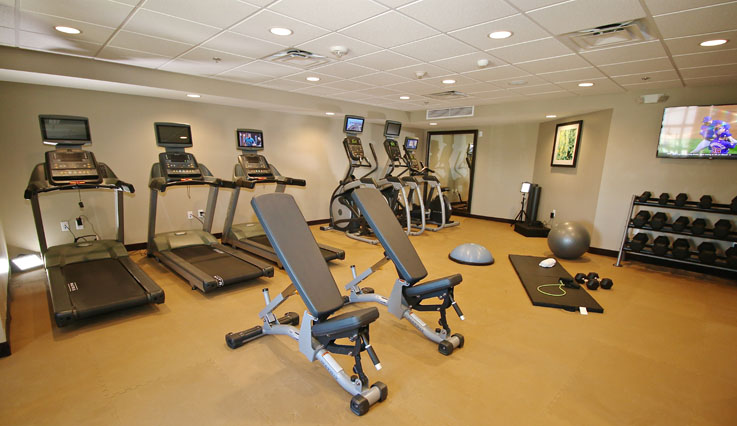 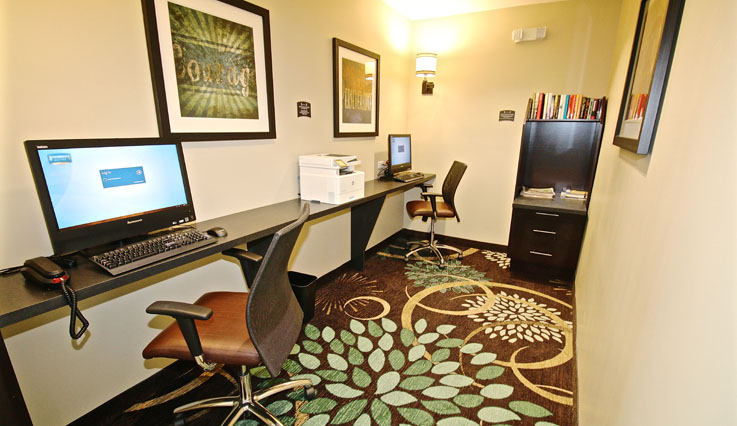 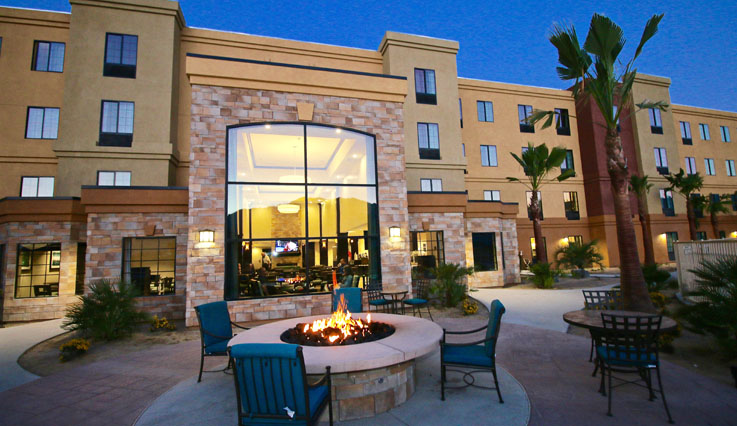 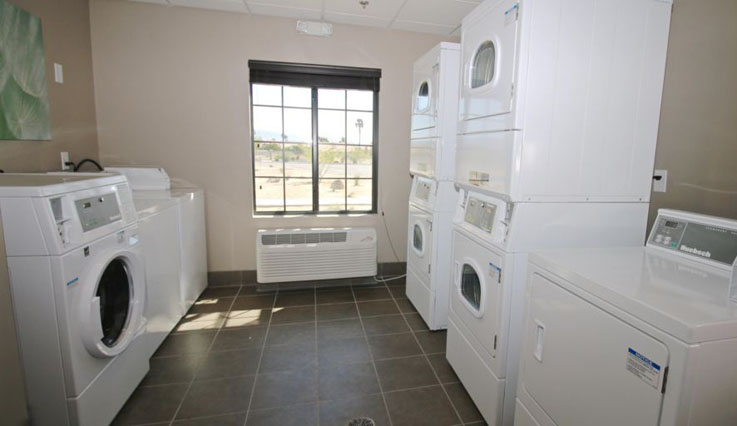 This property used to be a Staybridge Suites managed by IHG but it changed over to Homewood Suites managed by Hilton. I was a guest from mid-February to mid-June and was there before, during the changeover, and after from Staybridge to Homewood. The property is a large property located next to one of the golf courses which is adjacent to Palm Springs Airport. The west side of the property has a fantastic view of Mount San Jacinto. There is an outdoor pool and a trail that parallels the golf course that you can walk on for exercise or your morning constitutional. The rooms are equipped with a kitchen that has a full size microwave, a full size refrigerator with freezer and icemaker, a stove top, a dishwasher, and a sink. The suites all have a separate bedroom (but not all rooms are suites). There's a desk and chair, sofa, stool, a couple of dressers, and a large flat screen television with cable. If you have a suite that has a separate bedroom there will be a flat screen television in the bedroom. The premise is equipped with Wi-Fi. There is a fitness room equipped with free weights, benches, treadmills, ellipticals, and a stationary bike that is adjacent to a complimentary laundry where you can do laundry while you're there. There is a full hot breakfast and it's good. They'll have scrambled eggs, or omelettes, (cheese or western style or plain), sausage or bacon, fried potatoes of some type, pancakes or waffles, and a variety of fresh fruits, sliced tomatoes, and the like. I am an IHG reward member and have stayed at this property many times over the past several years, but the change over to Homewood has me reconsidering. The changeover was not without problems. First, housekeeping went completely to pieces. Under Staybridge if you were there more than 7 days you scheduled housekeeping for once weekly on whatever day you wanted it. That completely died when it changed over to Homewood. After the changeover I never got my room cleaned unless I went downstairs and told them "I need my room cleaned tomorrow, it was supposed to be cleaned today and nobody showed up". That never got corrected. I don't know why. Staybridge also had an evening social every Monday, Tuesday, and Wednesday where they had complimentary sodas, beer, and wine, with a hot bar. Homewood eliminated that. This property has spacious parking - I mean spacious. There is room to park a hundred tractor trailer trucks and still have room for all the guests to park their cars. Under Staybridge parking was complimentary. Homewood instituted a $10 nightly parking fee. The average nightly prize for the rooms went up under Hilton. My room went from I believe $149 a night to $179 a night IIRC. I was there 2 months after the change over to Homewood, and the Wi-Fi became spotty. The Wi-Fi was still branded as IHG. One day it died completely and I called the front desk and they sent a maintenance guy up. He reset the access router and things began working again. But I asked him what was the plan since it was still IHG branded service and he said they were rewiring the whole property with new wiring and new access points. He said he personally wasn't in on whatever the changeover plans were but for the two months I was there after the change over to Homewood the Wi-Fi would come and go. When I checked out of the hotel, Homewood had the taxes on my folio incorrect. Under California state law, a stay of more than 30 nights is considered non-transient and occupancy taxes don't apply, generally. Under Staybridge the taxes were automatically adjusted after the first 30 days and I didn't have to do anything. But when I checked out under Homewood I noticed that the city and county occupancy taxes were still applied. I talked with the front desk about it and they said they would take care of it. About a week later I finally called back and talked to the general manager to have that situation corrected and get the taxes refunded back to my credit card. This is a good property in a good location. It get's a high volume of guests but the staff, housekeeping, and maintenance teams do a really good job of keeping the property in good shape generally. But the problems with the changeover to Homewood coupled with the increased prices has me wondering if I will search for another property the next time I'm in Palm Springs.

Two nights while in Palm Springs

We wanted to get Hilton points while on a weekend trip to Palm Springs so we chose this hotel. Looks like it recently became a Homewood Suites from something else but was very modern and nice. Desk clerk was friendly and during check in she mentioned that there is a $10 per night parking fee. This hotel is not within walking distance of anything and the parking lot is HUGE. We questioned this practice and the lady said she would waive it for us which we were very thankful for. The suite was very nice with a fridge, sink and microwave. The bed was clean and comfortable. The breakfast was yummy with eggs and sausage one morning and egg omelets the next morning. Waffles daily and lots of fruit and cereal choices. Nice spread for a free breakfast. It appears as if the hotel caters to some long term guests as well. We would stay here again when in town. Only thing I would suggest to management is to get rid of that $10 a day parking fee. That was going to sour our stay for sure but your desk clerk made it right so kudos to her.