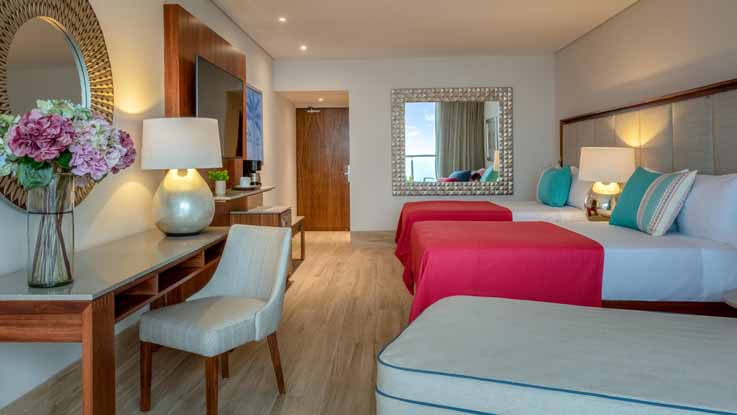 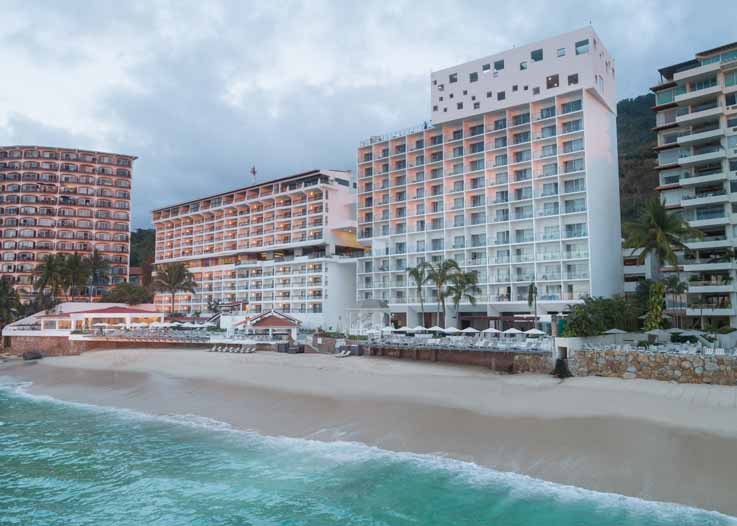 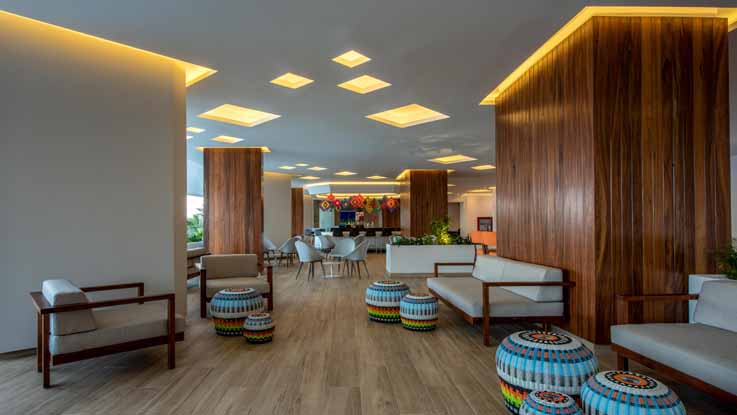 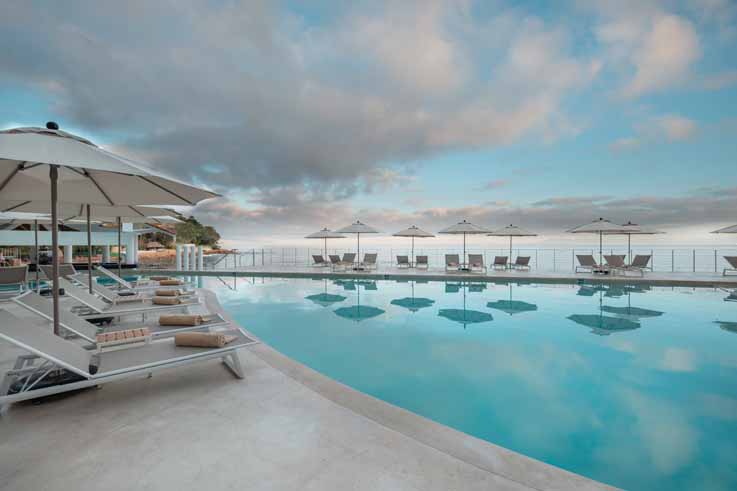 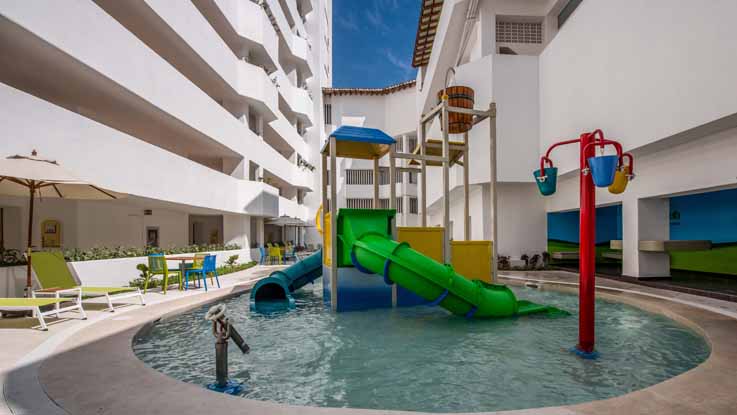 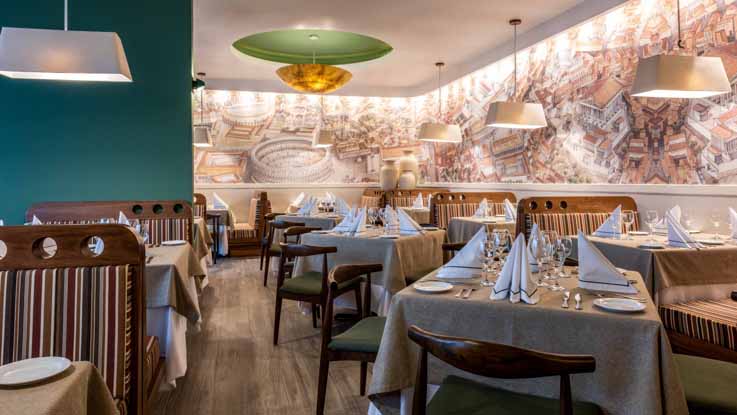 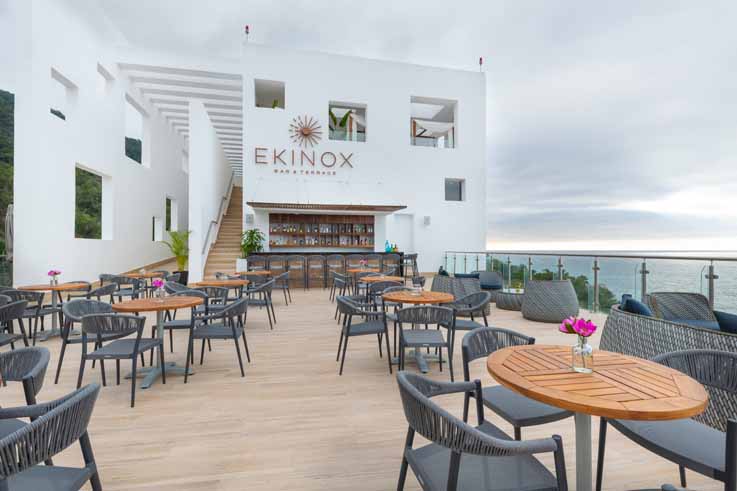 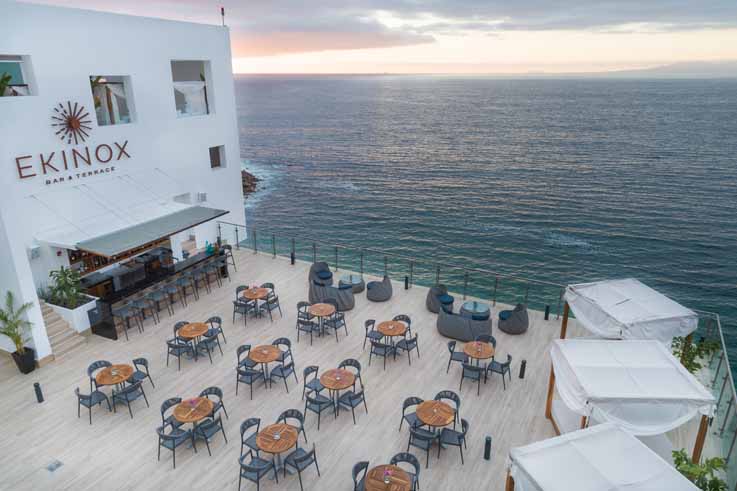 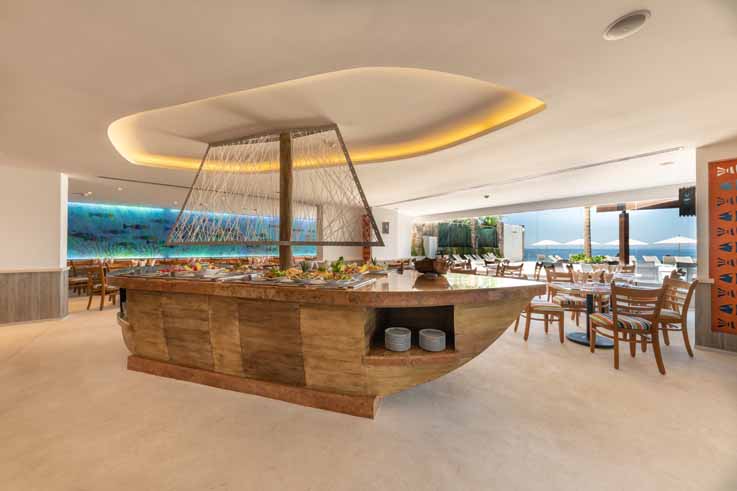 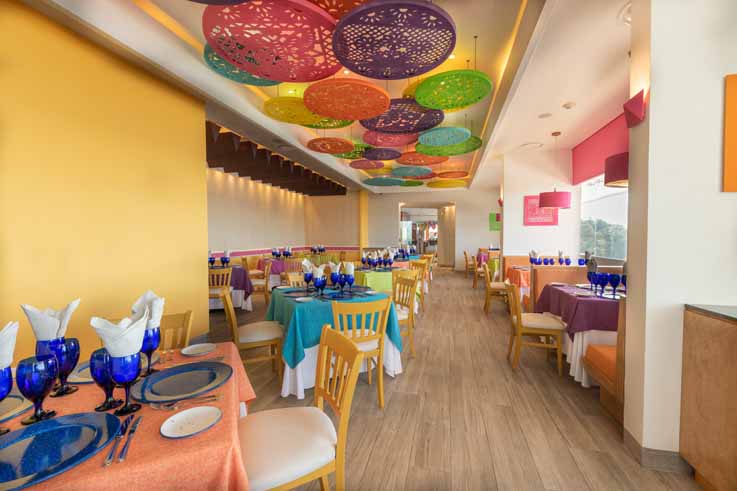 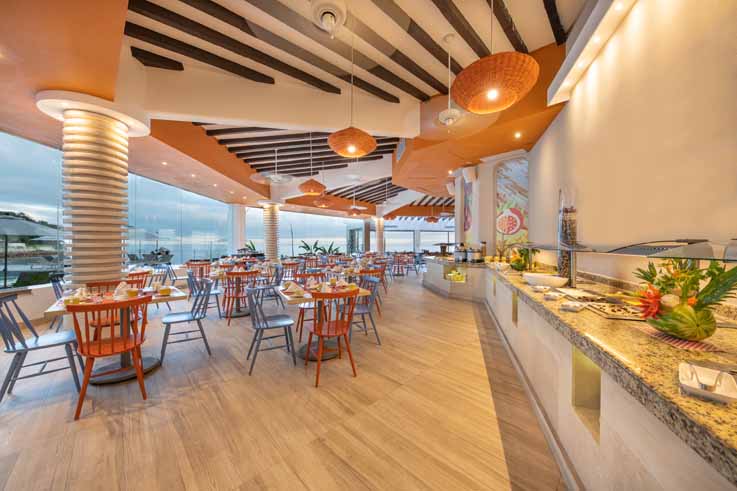 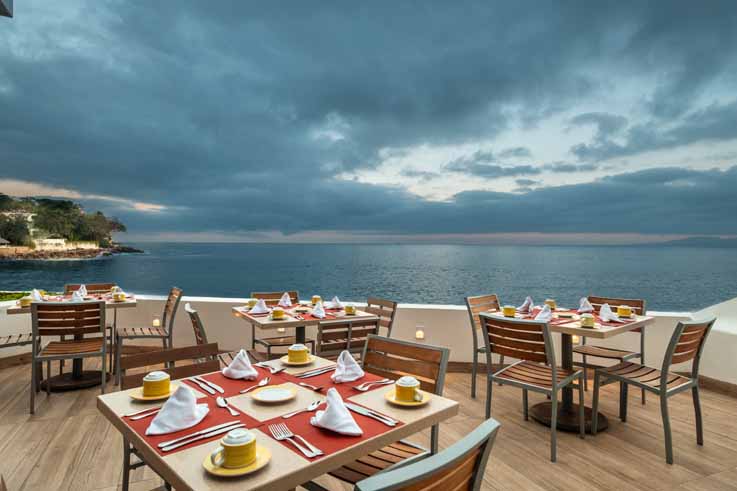 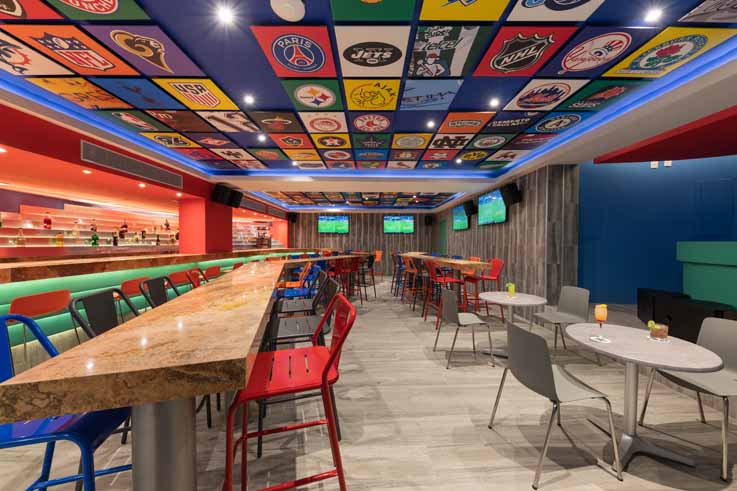 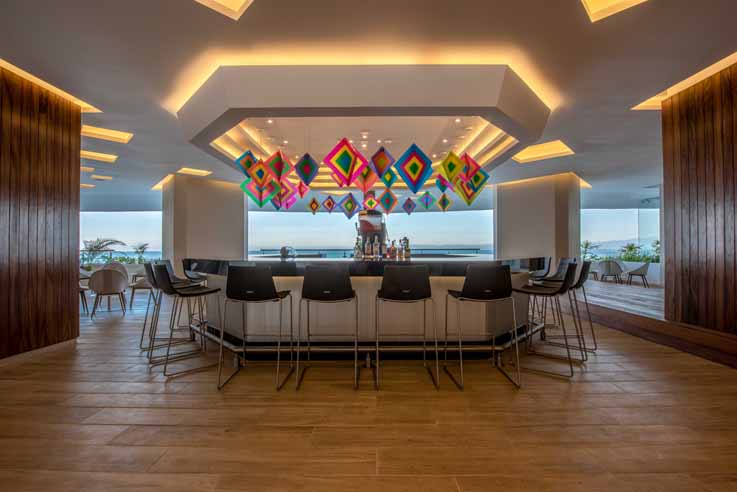 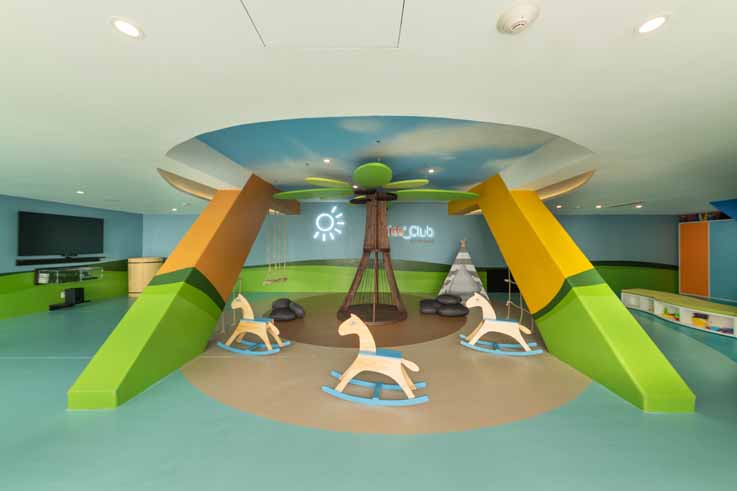 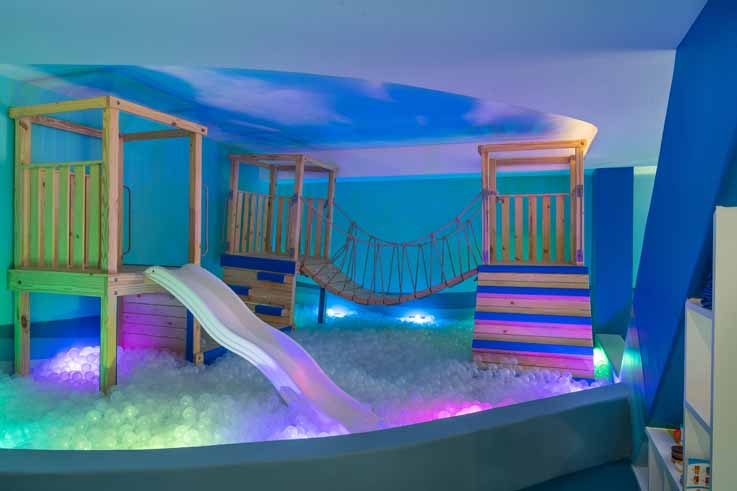 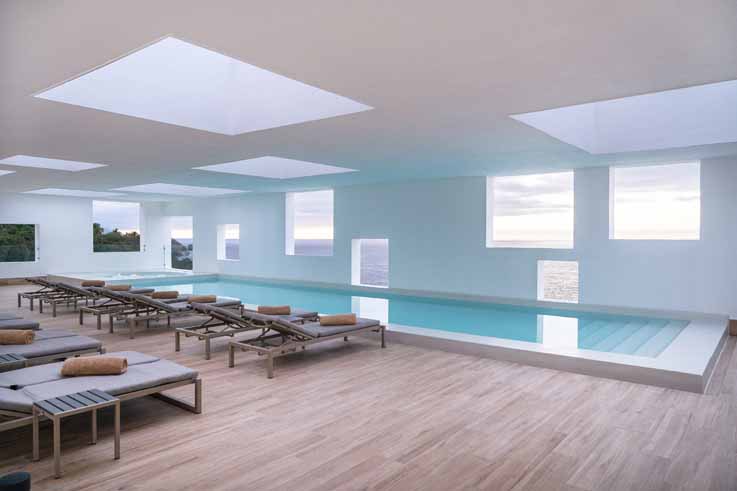 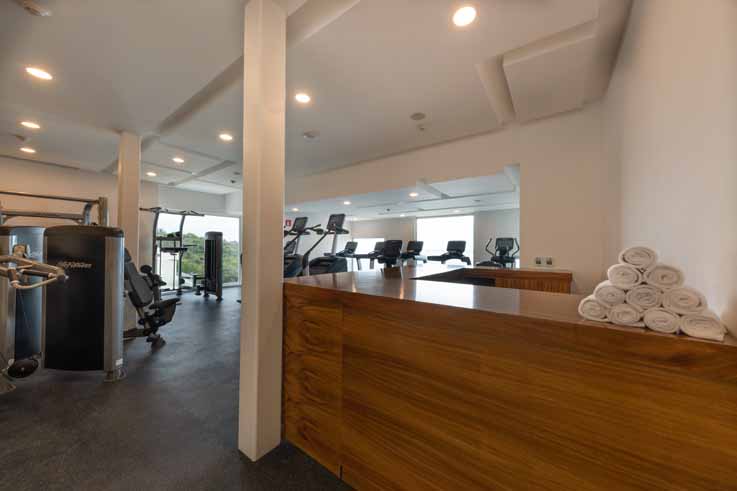 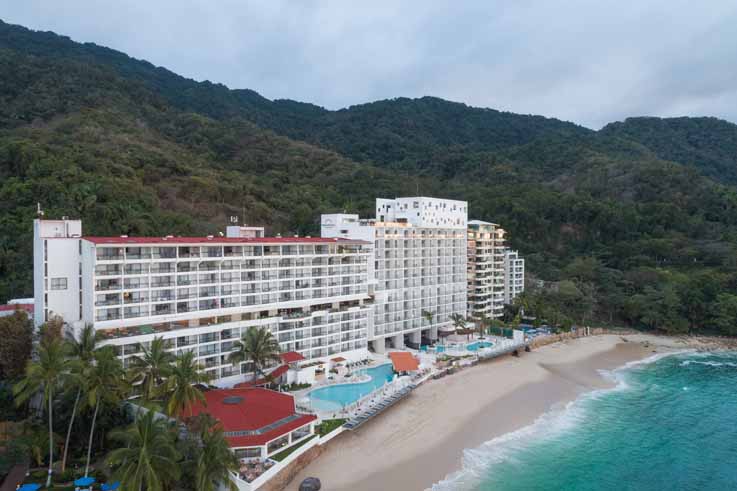 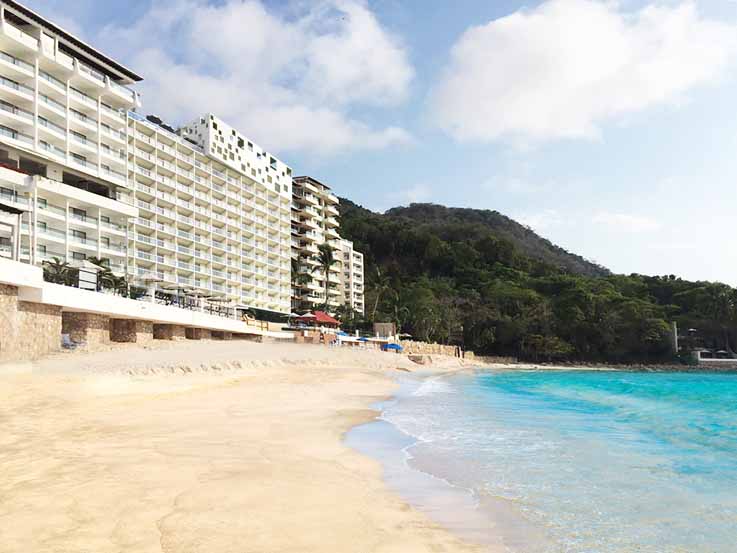 Food and food service is a major weakness of this resort. Poor quality meat and seafood all other items served cold and stale. Food is cooked in an odd tasting corn oil no butter used. Long lines to make reservations that are needed each day or you must fight the crowds at terrible buffet. Don’t believe the breakfast or lunch open times , we would arrive at open time or reservation time and wait 15 minutes as they prepared. Best of the bad is Italian and Mexican. Resort is not for English speakers! Many of the servers and staff speak little or no english making it difficult to order food or to request anything. Also all service is slow, groups of employees stand around but we waited for everything often as long as 30 minutes for drink and over hour for food. Pool waiters stand by bar but often don’t offer drinks for hours at a time. Exception was Antonio at the Ekinox lounge which is the premium lounge he was awesome and friendly. Most guest were families with children. Don’t come to this resort if you want a quiet day at the pool or beach. Beautiful, clean and well appointed rooms. Except the decorative pillows on bed are filthy don’t think they have been washed in months! Clean and very well maintained facilities. Great views from rooms, restaurants and pool.